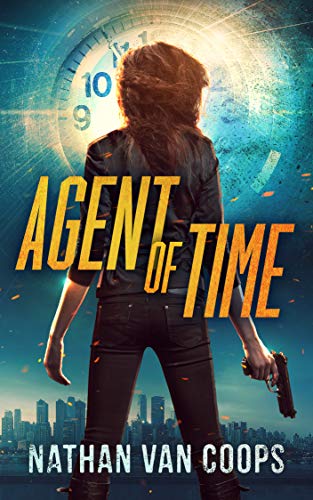 It’s 1985 in St. Petersburg, Florida. Rookie Special Agent Stella York is one of the first female FBI agents, and she does not have the support of her peers or her superiors. Yet, the case she is put on is completely baffling.

Two dead men are found in a van that crashed into a power pole, yet the power pole does not show any damage, while the van is totaled. The van is a GMC model nobody has ever heard of in 1985. Furthermore, the license plate expiration sticker shows “10.”

One of the dead men’s fingerprints are an exact match with those of a prison guard at a local prison – which is impossible. Then, during a chase on I-275 North, she witnesses the gory death of a suspect in a car accident, yet, she runs into him very much alive a day later. Nothing makes sense, until one of the witnesses opens up to her and tells her that she’s dealing with time travelers. From the chronological point of view, events seem to happen out of order.

Agent York is losing all her professional credibility when she approaches her superiors with her theory.

Agent of Time plays in Nathan Van Coops’ universe of the In Times Like These, a series of books I have read. See the reviews here:

The Day After Never

More specifically, Agent of Time plays within the In Times Like These story. I have read prequels to successful books before, and they are usually entertaining, because I know the world that comes after the prequel ends. But I have never read a book that plays “within the original story.”

If you have read the hugely famous Harry Potter series of books, you will understand what “Muggles” are. In Harry Potter, the action takes place among people who are involved in magic: wizards, sorcerers, and the like. Everyone knows that magic is real, and understands its rules. Muggles are the regular people, like you and I, who do not have magical talents and in almost all cases do not believe in magic and do not know it’s going on all around us – well – at least in the Harry Potter universe.

In Nathan Van Coops’ books, the action takes place among people who routinely travel in time. They take it for granted, and they use it creatively. But the rest of us, the time-Muggles, have no idea time travel is possible, it’s happening, and it’s routine for some people. Agent of Time plays parallel to the story of In Times Like These, but it is told from the point of view of time-Muggles like Stella York. What would it look like if there were time travelers amongst us, doing their things, and what would it be like if there were time traveling criminals?

Agent of Time is a short book of only 137 pages. It was free on Amazon. I literally read the whole thing in one day, yesterday. The author probably was in a rush to get it out, because it fell kind of short. The ending was somewhat abrupt, probably setting us up for the next Stella York story, the time-Muggle. But it’s a good addition to the series, and Van Coops is still, in my opinion, one of the strongest writers in the genre.