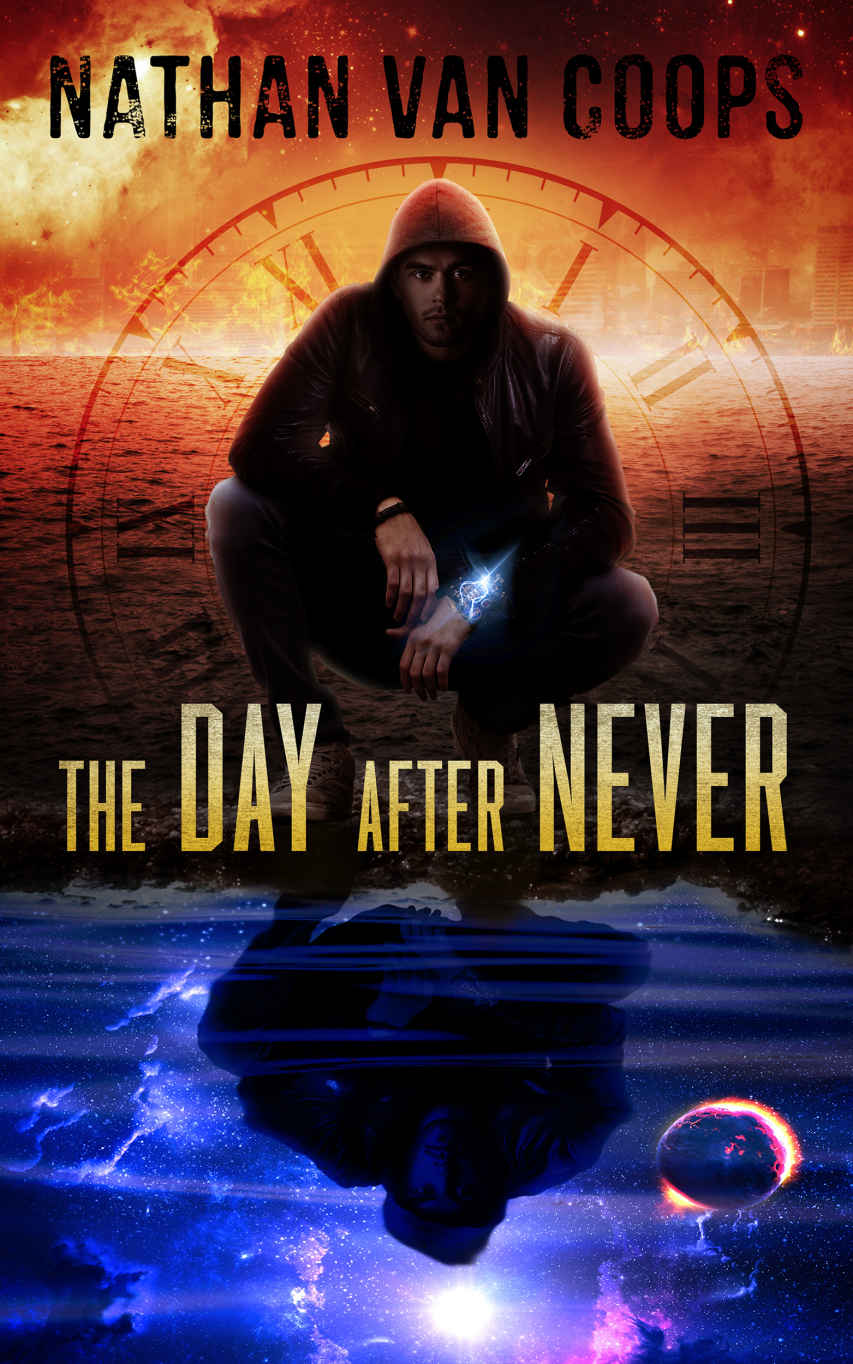 “There’s a view from the top of the building next door. We can see both exits.”

Tucket points to the old, four story building to the right of the lab. He seems to be referencing something invisible in front of him as he explains.

“What have you got there?” I point to the ball in his hand.

“It’s a Third Eye Hot Shot.” Tucket says, grinning. I wait for him to explain further, but he seems to think it unnecessary. The reference isn’t completely lost on me, however. I recall that Third Eye is the name of a tech company that produces perceptor chips in his century. The perceptors allow direct access to the user’s mind, allowing them to see a modified environment around them called the meta-space. The meta-space acts like an amped up version of the Internet, but layered over real world spaces. It allows users to see and interact with everything from media and advertising, to actual functional controls for objects in the real world.

“There’s no input this far back. Meta-mapping won’t get completed till the 2080s. But since I have a portable unit, I have access to all the data and programs I’ve downloaded whenever I go.” He holds the ball up.

“Hot Shot is the best. Doesn’t come out till 2160, but I went up and got one before this trip, and it has tons of data already included from your time.”

“Google was actually the parent company.”

“Ah. Makes sense.” I stare at our target building. “So how do we get up there?”

After In Times Like These and The Chronothon, The Day After Never is the third book in Van Coops’ time travel adventure series. He definitely left things open for another book.

While I rated the first two with three stars, which is pretty high for my ratings key, I gave this one only two. It’s still a time travel adventure, but this time, the author put in mysticism to make the plot work. The first two books were as hard-core time travel as it gets. By that, I mean that the entire plot and the action are completely based on the unique premises that time travel concepts bring with them.

Time travel concepts are extended to space travel, and at one point Ben and his buddies travel on a space ship trailing a comet for a time travel anchor.

I am pretty sure that if you are reading this you are not whatsoever interested in this concept salad of a book. I wouldn’t be either. But having invested considerable time in Van Coops’ world of time travel by reading his first two books, I really didn’t have a choice, and I needed to finish it.

I like the man’s writing, and creativity, and world-building skills. I also enjoyed his somewhat unorthodox and risky use of the present tense in his story telling. You can see the fast pace of action this method creates when you read the except I have supplied at the top of this post. Van Coops is, after Niffenegger, my favorite time travel author. While the book by itself would only get a star and a half, given that it’s part of a trilogy, I give it two – sort of for an uplift.

4 thoughts on “Book Review: The Day after Never – by Nathan Van Coops”