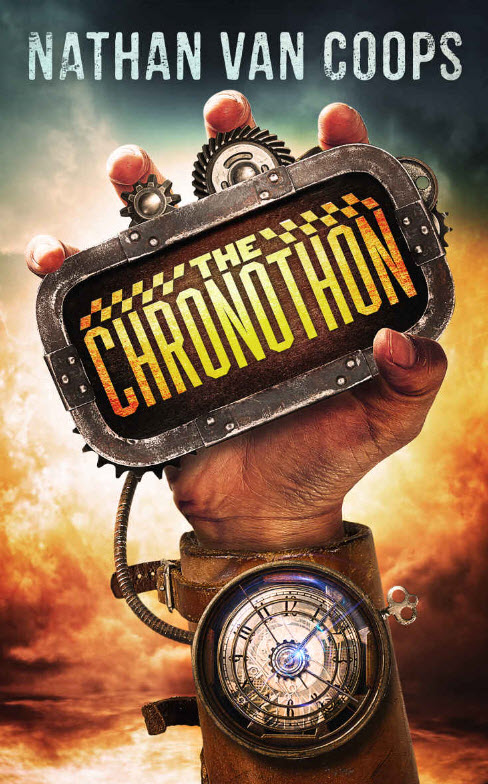 After Ben Travers finally made it back to his apartment in 2009, he didn’t stay there long. Being home alone with nothing to do but going to work the next morning at the marina in St. Petersburg, fixing other people’s boats, he decided to look up his time-traveling girlfriend Mym. Along the way, in Manhattan, Ben gets snagged by a Mafioso and coerced into participating in a 25th century game show: The Chronothon. Think of a chronothon as a race, like our current Amazing Race on TV. The different levels are like trips on Amazing Race, and there are about a dozen levels to go through. As the racers start, they go through a time gate, which is also a space gate, and they appear in the desert in ancient Egypt. In each level, the racers have an objective they have to achieve. Usually the objective is an artifact of some type they have to find and bring to the next get to move on to the next level. As the racers go through the gates, they have no idea where they come out on the other side, neither where, or when. What further complicates the race it that not everything is what it seems. Might the game even be rigged?

The Chronothon is the second book in Van Coops’ time travel adventure trilogy. The first book was In Times Like These. Unlike some sequels, where the second book is much like the first book, but with a different story and twist, The Chronothon is a completely fresh story, based on the same time travel technology applied In Times Like These. While Van Coops wrote this to be a stand-alone book, and while I can imagine it might work that way, I would no recommend it. If you are interested in The Chronothon, you really should read In Times Like These first to have a grounding in the technology and the characters of this book.

For me, this was a page turner with surprises and delights in every chapter. Like the first book, everything about this story is related to time travel and its effects and challenges. It’s not a story about a game using time travel, it’s about how time travel can be used for a game.

The Chronothon was a little corny at times. For instance, on the planet Diamatra, there is a native sentient species, the Soma Djinn, which are centipede-like creatures that inhabit human hosts and turn them into cannibalistic zombies. I would expect that sentence either turned you off completely, or it made you want to read The Chronothon, just to figure out how a reasonable and well-read human being like me can give this book three stars.

But here you have it: