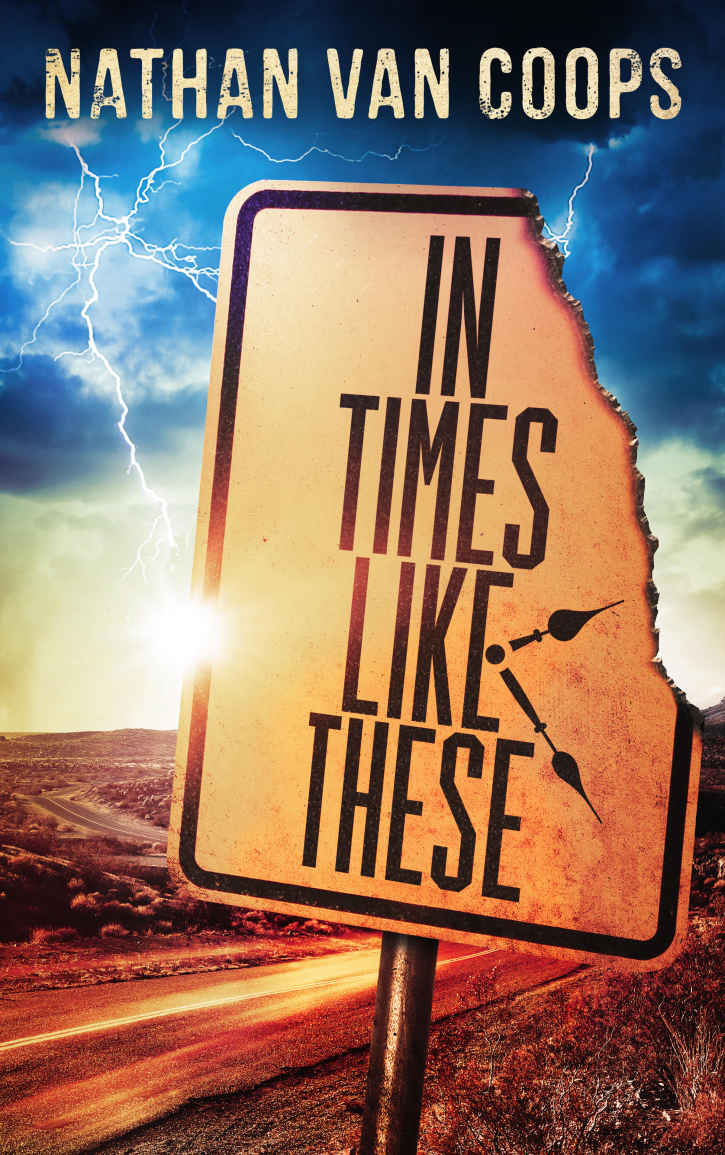 The best time travel book of all time is Audrey Niffenegger’s The Time Traveler’s Wife. This book is the second best.

Ben, Carson, Blake and Robbie are four young men in their mid-twenties in St. Petersburg, Florida who belong to a softball league and enjoy their games after work. Francesca is one of their friends who likes to play the role of fan and sometimes she comes to the games to watch. On June 10, 2009, they start their game as a thunderstorm rolls in. Soon they get rained out completely. As they linger around the dugout, changing out of their uniforms, getting ready to go home, lightning strikes nearby. A power line whips free with sparks flying off the end. The world of the five friends goes dark.

When they come to a bit later, the world seems different. It’s mid-day. Were they passed out all night? Then they notice that the baseball field is no longer there. Their cars are gone. Everything seems somewhat retro. Within an hour of head scratching and ambling around they finally come to the conclusion that they are in St. Petersburg, Florida, in December 1986. They have the few clothes on their backs, flip flops, no money to speak of. Their cell phones don’t work. Now what?

They have no idea what happened to them, and the rest of the story is about their journey back through time.

The story is told in first person narration by Ben and from Ben’s point of view. First person stories often drive a sense of urgency and action, which works marvelously here. The descriptions are vivid and I have pictures of the scenes and people in front of me. The story is fast-paced and filled with action. And it’s all about time travel. This is not a book where time travel is just another method of getting around, like tracking a trolley to the city, or an airplane to Tokyo, or a time machine to 1955. No, this story does not just “use” time travel, it is about time travel. The mechanics of time travel, its limitations, its amazing possibilities, are central to the plot and the story line, very much like it was with The Time Traveler’s Wife. In Times Like These is not a story that applies time travel as a vehicle, but rather it’s time travel that reveals itself by telling a story.

For instance, when you travel in time (and I’ll leave it up to you to read about how this can happen), you disappear from the current location and materialize elsewhere, and elsewhen. Since the earth rotates faster than a jet plane, if you were to jump in time by a second into the future, the earth would have moved under you by about a third of a mile. So, you can’t just time travel, you have to space travel also. Since you can’t afford to rematerialize in outer space after a time jump, since the earth moved away from you, you need an anchor, some object that fixes you in place on earth. And that gets tricky. What if you materialize where some other object occupies the space? You would be fused with that other object.

Imagine you materialize in a meadow where there was tall grass. Now the grass would be growing through your feet? It would be very painful indeed.

I don’t want to get too technical in this review, but this is what the book is about. How does a person travel in time safely with these terrible limitations?

There is only one technicality that bothered me somewhat, and it permeates the story. They make extra sure that fusion does not happen. Humans do not suddenly occupy the space of other objects. But air does not seem to matter. The entire technical plot and plausibility seems to ignore the fact that air also is matter, and it needs to take up space. We’re not in a vacuum, even when we’re not co-occupying space with furniture, or buildings, or other people.

But that’s ok. I got over that quickly, immersed myself in a world where time travel was invented, and I thoroughly enjoyed the sheer adventure of it.

There is a sequel, titled The Chronothon, and I am reading it now.

3 thoughts on “Book Review: In Times Like These: A Time Travel Adventure – by Nathan Van Coops”