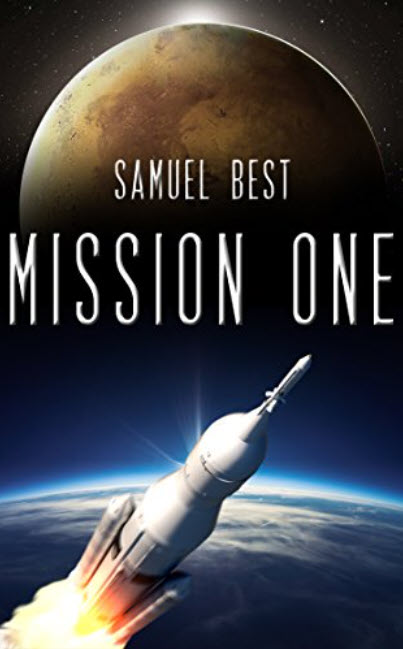 Jeff Dolan works for a private space firm as an astronaut. The CEO is a young entrepreneur, and his general manager a shrewd operator. There are also other private competitors. NASA is only a shadow of its former self. Now they are on the way to the Saturn moon Titan. It’s a race.

Shortly after departure from earth, a terrible technical accident occurs putting the entire mission in jeopardy. They manage to salvage the ship and continue to go to Titan. Eventually they figure out there was sabotage and the company apparently is putting more value on the mission than their lives.

Once they get to Saturn, they quickly discover that “something” is already there, something apparently not man-made.

Mission One is a first-contact story.

Generally I love first-contact stories, but this one has so many flaws, it didn’t work for me.

The company’s CEO is being blackmailed by the general manager, who basically hires a swat team and takes over the company at gunpoint. That’s just not how business  works. The writer apparently has not worked in an entrepreneurial company.

The spaceship has a limited amount of fuel. Fuel is being calculated all the time in this story, particularly after the malfunction. But it seems to be all about what they call “major burns” which suck away all the fuel. So they are planning on coming home from Titan with one major burn left in the tank. Somehow they never seem to care about deceleration. The ship goes to Titan in record time but does not seem to have to decelerate there. The ship uses up its last major burn coming home from Titan. How does it slow down when it gets to the halfway point?

You might say that’s not so important. I agree, it could be excused, if the ship were to be a Starship Enterprise-type ship with basically magic technology. But this story presents itself as a science-based science fiction tale, but its science does not hold water whatsoever. In contrast, Andy Weir does a great job in The Martian and Project Hail Mary in that regard.

Another plot component is related to the distance between Saturn and Earth, which is currently around 88 minutes. It varies widely depending on the position of the two planets in their orbits. However, no matter how far, it’s a long time and you can’t have any real-time communication. However, conveniently, once they are within reach of the alien artifact in orbit around Titan, they have instantaneous communications between Earth and the ship in orbit around Titan. Somehow, the artifact makes this possible, and nobody seems to be surprised about that. Again, magic technology that just does not make sense in this context.

Overall, there is nothing wrong with using magic technology to build a plot, if it’s done right. In this case, it just never made sense and I felt that the magic was too distracting to be convincing, and it constantly reminded me that I was reading a book. I never got into the book.