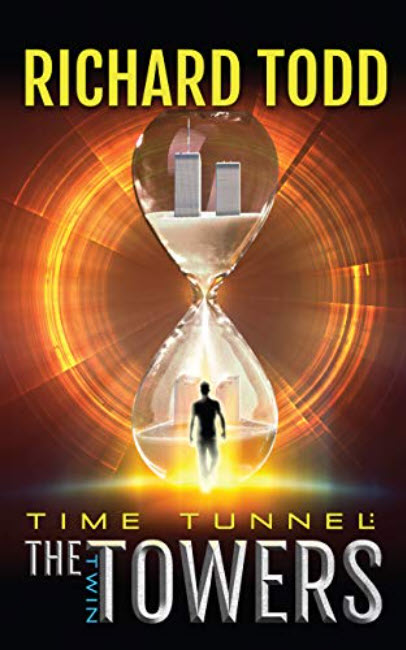 The story starts in the morning of September 10, 2001 in New York City. Kyle Mason, a major in the Special Forces, has just married Padma Mahajan, who works on the 105th floor of the World Trade Center. She is an investment banker for Cantor Fitzgerald. They are staying in a hotel in SoHo, and out their window they can see the Twin Towers. Padma leaves to get Starbucks, while Kyle takes a shower. When he gets out, a mysterious figure appears in the mirror behind him.

Vignettes reach back to 1947 when supposedly UFOs crashed in Roswell, New Mexico. There are episodes of the story in the 1950s, 1960s, 1970s and through the years, culminating in 2008 when a handful of brilliant scientists, sheltered and covered by the U.S. Army in Area 51, finally develop a working time machine.

Richard Todd is a good story teller and he creates credible characters, with good realistic dialog, and a fast-paced plot. I enjoyed reading this book until the last sentence, at which time I decided to buy Book 2 of the 3-book series.