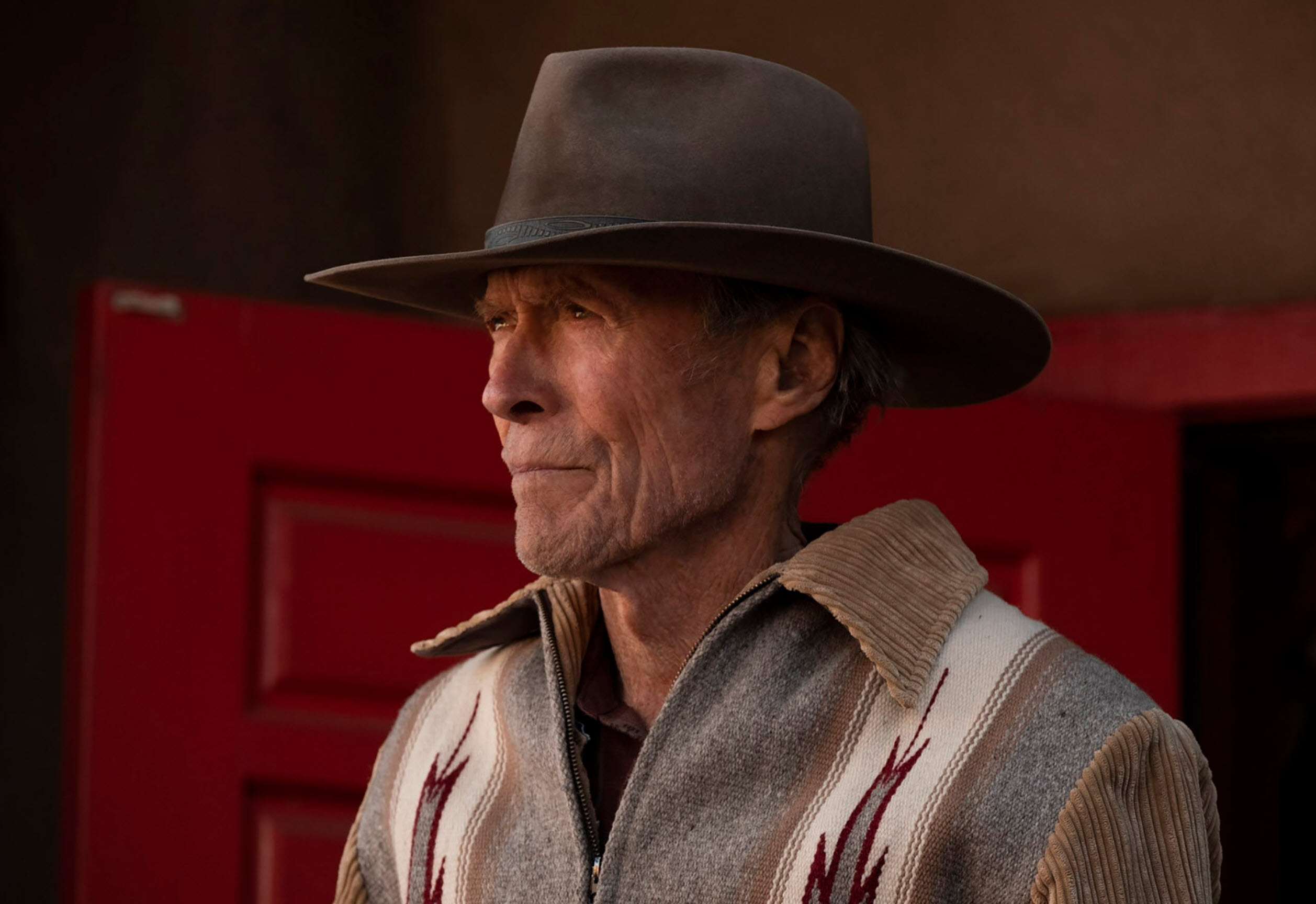 It’s 1979. Mike Milo (Clint Eastwood) is a former rodeo star and horseman who has obviously aged beyond his prime. His former boss and rancher Howard (Dwight Yoakam) has a 13-year-old son named Rafael or “Rafo” who lives with his estranged ex-wife in Mexico City. He thinks he is being abused and wants to bring him home to Texas to live with him. But Howard has legal issues and cannot travel to Mexico himself.

Mike owes Howard a favor. Howard coerces Mike to go to Mexico in his stead and essentially kidnap his son. Mike drives his beat-up Suburban to Mexico City and promptly finds the ex-wife. She is completely self-absorbed and surrounded by dangerous thugs. Rafo is a wayward kid who has gotten into cockfighting, and it appears that the only thing in life he loves is his rooster Macho.

On their way home via the backroads of Mexico, the two face a number of challenges, which bring the unlikely pair together and each is forced to face his own demons.

Cry Macho is a feel-good movie, with a little of an unrealistic bent.

Based on the 1975 novel by N. Richard Nash of the same name, Cry Macho is another Eastwood attempt to make a movie similar to Gran Torino, which I thought was a masterpiece. But Cry Macho didn’t quite work the same way for me. Eastwood was 90 in 2021 when he made the movie and starred in it. I just couldn’t be convinced that the rancher would send such an old man to do his dirty work, and when Mike, during a stop on the way home, started breaking wild horses on behalf of a Mexican rancher, none of that seemed realistic. It could been a better movie if someone else had played that role.

Some of those flaws notwithstanding, I enjoyed watching Cry Macho. It was a good movie to watch with headphones on whiling away the hours during a long flight back from Europe.