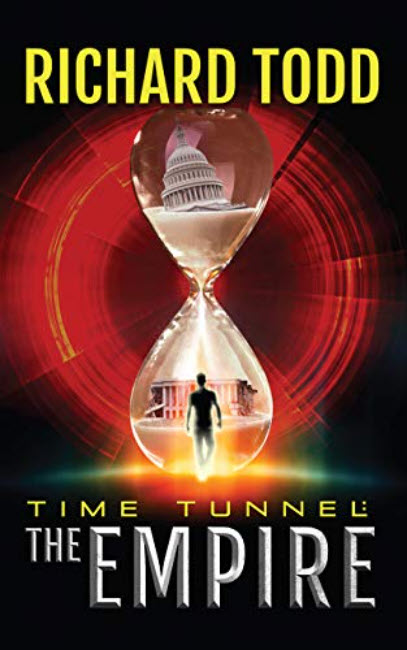 Kyle Mason changed world history in Book 1 when he prevented 9/11. His wife Padma, who had died in 9/11, was alive again when he returned. Since Kyle and Padma knew the future between 2001 and 2008, they started a company and became fabulously wealthy by playing the stock market (Apple, for example) and capitalizing on the 2008 market crash. Padma and Kyle were the world’s first and only trillionaires. Padma, the face of their company, essentially “bought” the U.S. government and the country openly called her the Empress of America. She was running things.

That backdrop raised authoritarian opposition, ending in an eventual coup d’etat in America and totalitarian rule. One day emperors, the next day fugitives, Padma and Kyle retrenched to the time tunnel complex in Las Vegas. As government forces chased them down, they hurriedly escaped into time. Without proper navigation, they ended up in 1890 in South Dakota, just before the massacre at Wounded Knee. It was time for Kyle to change the nation’s history again.

Most of the story takes place in Sioux country. The plot, while sometimes contrived, kept me turning the pages. When I was done, I picked up Book 3 right away.