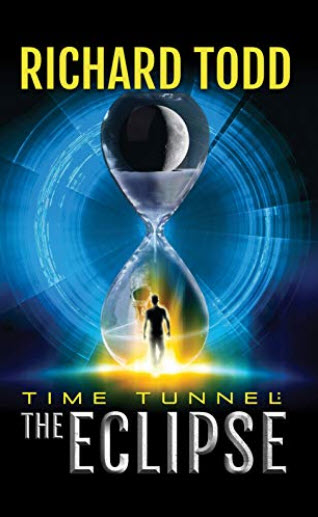 It is 1890. Annika finds herself without a transponder, which is the device she needs to return home to her own time in 2008. Stranded in time, with no way to go home, she makes the best of her situation and fights for the Sioux. She has a little help, because Kyle left his backpack on the counter in a bar when it disappeared. The bag contained his laptop which had basically all human knowledge as of 2008 on its hard drive (go figure how that would be possible).

This is book three out of three in the Time Tunnel series by Richard Todd. There is a little time travel plot twist here, but otherwise it’s just an alternate history story reminiscent of the trilogy by S.M. Stirling starting with Island in the Sea of Time.

I can recommend that series highly. In comparison, Time Tunnel: The Eclipse is a simple-minded tale of alternate history in a world where the United States disintegrates from internal strife and Nazi Germany and Imperial Japan rule the world outside of America.

Todd’s character development devolves in this third book. Most of the characters do stuff and react in ways that do not make much sense and seem very unrealistic. I got the feeling that the author just wanted to hurry and wrap this series up.

I finished reading this book simply because I had invested time in the first two of the series and I wanted to learn what would happen to Annika. However, the third book didn’t add anything new other than a neat plot twist at the end.