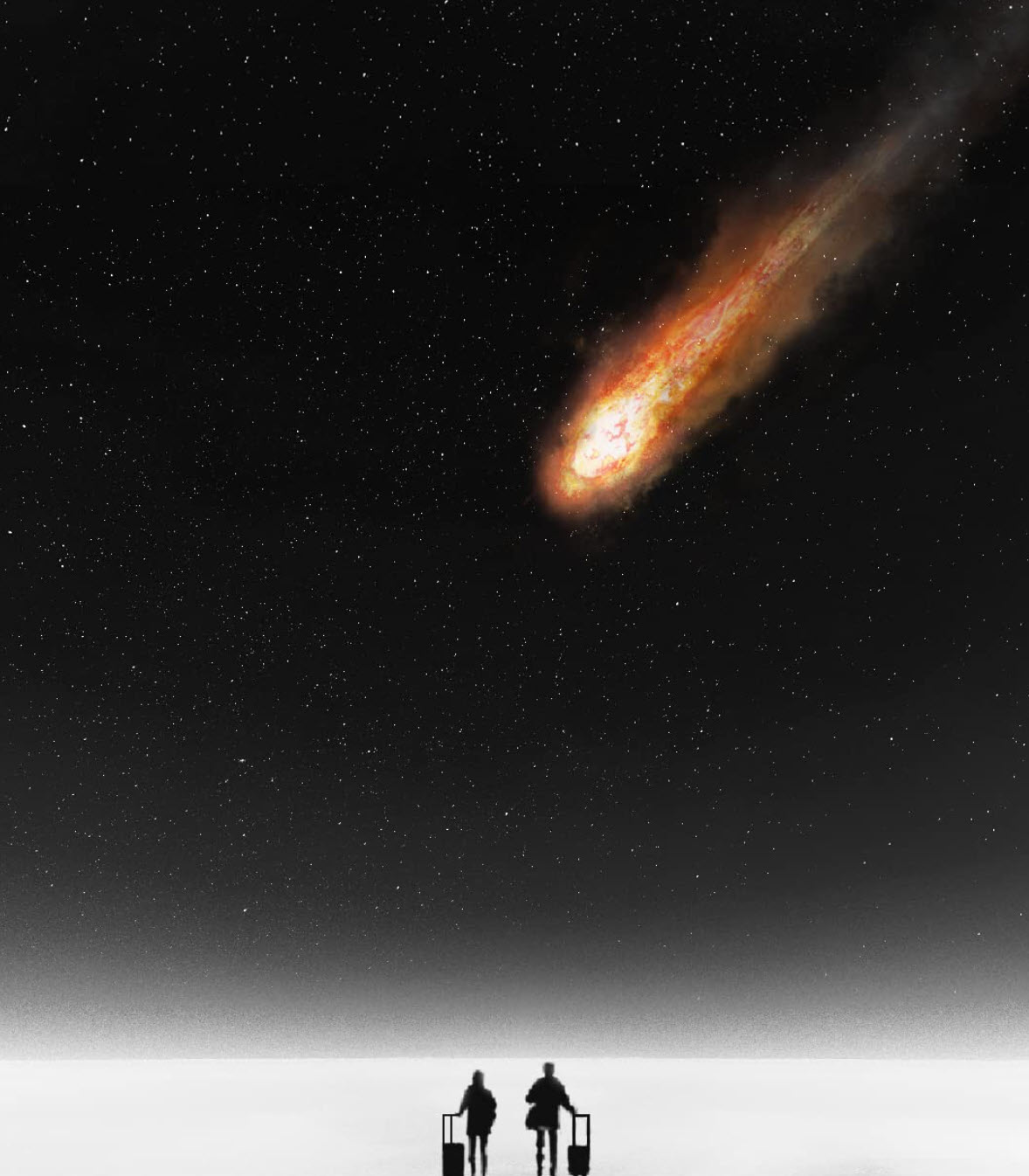 Kate Dibiasky (Jennifer Lawrence) is a doctoral student in astronomy. One night, when working with a telescope, she discovers a new comet. Researching the details with her professor, Randall Mindy (Leonardo DiCaprio), they come to the conclusion that the comet is larger than that of the Chicxulub impact event (see details here) that wiped out 75% of all flora and fauna on earth 65 million years ago. The problem is that the new comet is on its way to hit earth head-on in 6 months and 15 days.

The two understand that they have discovered a planet-killing catastrophe, and that mankind only has a little over 6 months to do something about it. They manage an audience at the White House with the help of the president’s chief science advisor, Dr. Oglethorpe (Rob Morgan). But when they arrive, President Orlean (Meryl Streep) is completely indifferent. Her political ambitions don’t allow the distraction of an imminent extinction event. Jason (Jonah Hill), the Chief of Staff who is also her son, even ridicules the astronomers and eventually they are sent away. Nothing will be done.

Thunderstruck, the scientists decide to turn the the media instead. They are invited to the popular morning show The Daily Rip, where they are also received as curious, cute scientists and not taken seriously. They are trying to make the  world just “Look Up” and see what’s coming.

Don’t Look Up is a satire, of course, and it is extremely timely. It portrays a White House full of sycophants, staffed by nepotism, with a President who is completely self-absorbed and clueless. Facing a catastrophic event coming up, nobody wants to bother with it. The negative message it creates in social media is simply inconvenient. The industrial complex quickly figures out how they could possibly get very rich off of this, the danger and risk to the world be damned. Nobody takes the scientists seriously. They become the villains.

And that, my friends, is the state of our world today.

Enjoy a good laugh while you’re watching, and don’t worry that it will make you want to cry because of the insanity of it all.