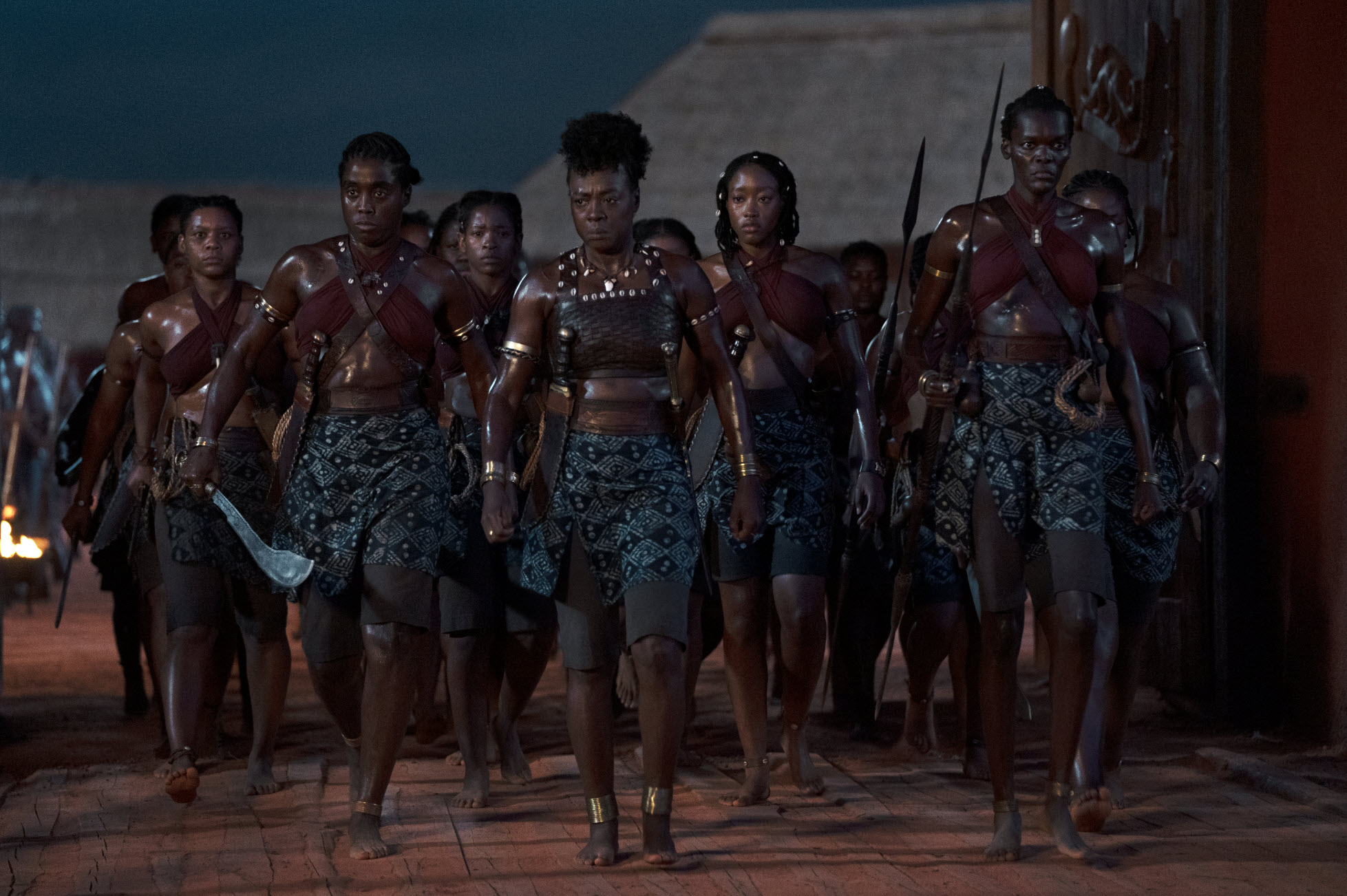 In Smithsonian Magazine, I found an article about the Agojie, which starts out with this paragraph:

At its height in the 1840s, the West African kingdom of Dahomey boasted an army so fierce that its enemies spoke of its “prodigious bravery.” This 6,000-strong force, known as the Agojie, raided villages under cover of darkness, took captives and slashed off resisters’ heads to return to their king as trophies of war. Through these actions, the Agoije established Dahomey’s preeminence over neighboring kingdoms and became known by European visitors as “Amazons” due to their similarities to the warrior women of Greek myth.

Dahomey was a kingdom on the south coast of West Africa, approximately in the southwest area of today’s Nigeria. Throughout its history, starting in the 1600s, the kingdom was instrumental in its role of supplying slaves to European and later American slave traders.

The Woman King is inspired by true events in the 1825 timeframe. The female warriors of the Dahomey kingdon were called the Agojie. They were highly trained, fierce and skilled warriors. The army of women numbered in the thousands and essentially ruled the entire area for centuries.

The Woman King depicts the life of General Nanisca (Viola Davis). She leads her army with an iron will, as she trains the next generation of recruits. While the historical background is real, the individual stories are fictional. Yet, the plot is highly emotional and gripping, and it presented me with a view into the lives of Africans during the period of colonization by the Europeans and the exploitation of the black people. I usually thought about slaves being captured in Africa by traders and hauled across the sea. This movie shows that it was way more complicated than I ever realized, and how the African nations were complicit in the destruction of their own social fabric. You cannot sell your own people to the  world as slaves and maintain a thriving nation at home.

The movie tells a powerful story and it puts things for Dahomey into a much better light than the realities of history actually were. Read the article in the Smithsonian I quoted above for rich detail, about the country, its kings, and the Agojie.

The fighting scenes are extensive, brutal and graphic. There were many times when I had to close my eyes. While there is a lot of death and destruction, it is never shown as graphic blood and gore. It just makes your imagination create it.

Viola Davis has won many acting awards, including an Oscar for Best Supporting Actress in Fences which I predicted when I wrote my review in January 2017. Let me make another prediction: She’ll win the Oscar for best leading actress for The Woman King.