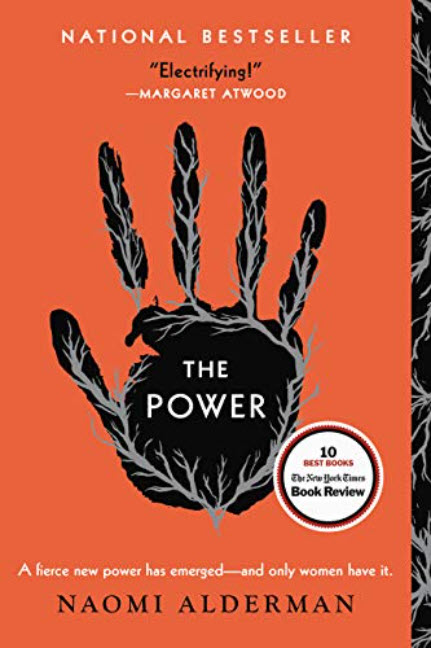 The Power is a what-if book.

Stephen King is a master of what-if books.

For instance, his novel Under the Dome is based on this premise: What if a bubble-like, transparent, but completely impenetrable dome a few miles across suddenly was placed over a New England town? Nobody gets in, nobody gets out. What would happen? Then King builds an entire novel around this unlikely, impossible and ridiculous assumption.

In King’s novel The Stand, he speculates that a human-made deadly virus accidentally gets out and kills 99.9999 percent of the population. Only a handful individuals survive. That’s the what-if scenario. Then a novel of well over a thousand pages follows, building an entire world based on that premise.

Stephenson also likes to write what-if novels. Seveneves starts: THE MOON BLEW UP WITHOUT WARNING AND FOR NO APPARENT reason. What would happen if that actually occurred?

The Power is a what-if book. What if women all of a sudden had an electrostatic power that they could use just by touching something or someone? What if a woman could touch a person’s hand and inflict an electric tingle, or a shock that would cause severe pain, or an immense jolt that would even kill a person? If women had that power, would there still be rape? How would society change?

This novel follows a handful of diverse characters, including a young Nigerian man, the daughter of a London organized crime boss, and abused orphan in Florida, an ambitious politician, and many others. The story develops as the world discovers this new reality, and society goes through massive changes.

Those changes are not pretty.