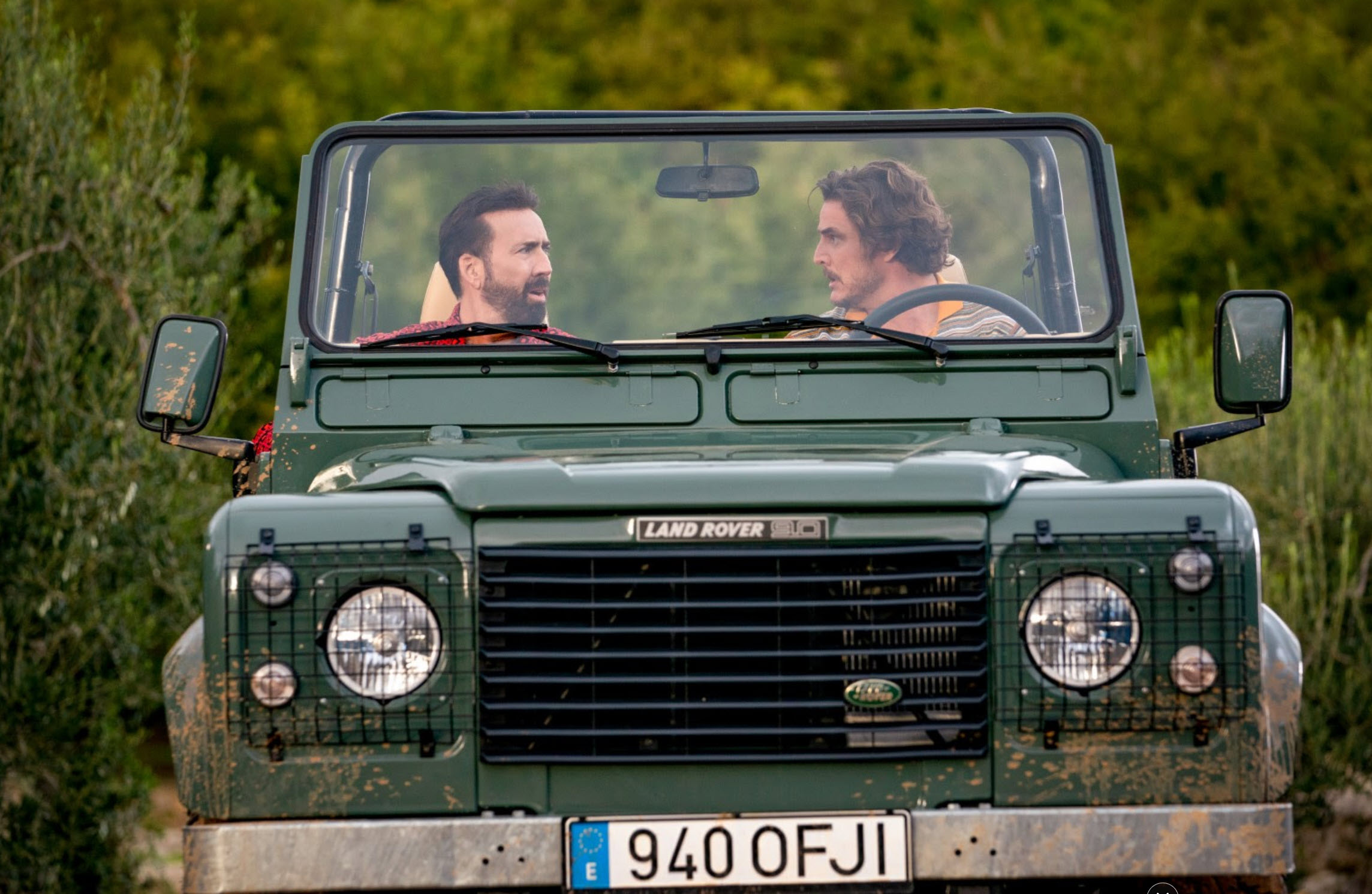 The Unbearable Weight of Massive Talent is a wacky movie that works exceedingly well. Remember when John Malkovich starred as himself in Being John Malkovich?

Well, here is Nicholas Cage playing himself: Nick Cage. He is an actor, and when his accountant tells him that his finances are disastrous, he is at a loss as to what to do. Then there is this obscure gig to appear at a billionaire’s birthday party on the island of Mallorca in the Mediterranean. Apparently, the playboy is a huge fan of Nick. After turning it down outright, he later comes to his senses and ends up going.

When he finally meets his fan, Javi Gutierrez, the two quickly become friends. That is, until the CIA approaches him, tells him that Javi is a drug lord and crime boss, and forces him to become an informant.

The action quickly gets out of control, and Nick and Javi are drawn in to a cat and mouse game that could end up deadly for both them and their families.

The film supposedly plays on the island of Mallorca, but it was mostly filmed in Croatia over a period of 15 days in October 2020. Croatia Weekly stated that several scenes were shot in and around “Dubrovnik at Villa Sheherezade, as well as in Konavle, Cavtat, Popovica, Trsteno, and Čilipi Airport.”

Reading this meant more to me than it would have otherwise, since I just came back from a two-week vacation in Croatia, with a stop in – yes – Dubrovnik. While there we saw extensive evidence that many episodes of Game of Thrones were filmed there. We actually saw a number of the locations. This has spawned an entire industry of paraphernalia and tourist attractions related to Game of Thrones. Yet nobody talked about Nick Cage that I remember.

The Unbearable Weight of Massive Talent is a delightful action comedy that you will enjoy, unless you absolutely hate Nicholas Cage – which is unlikely. At the same time, I can’t imagine any other actor pulling this off – well, maybe John Malkovich could.