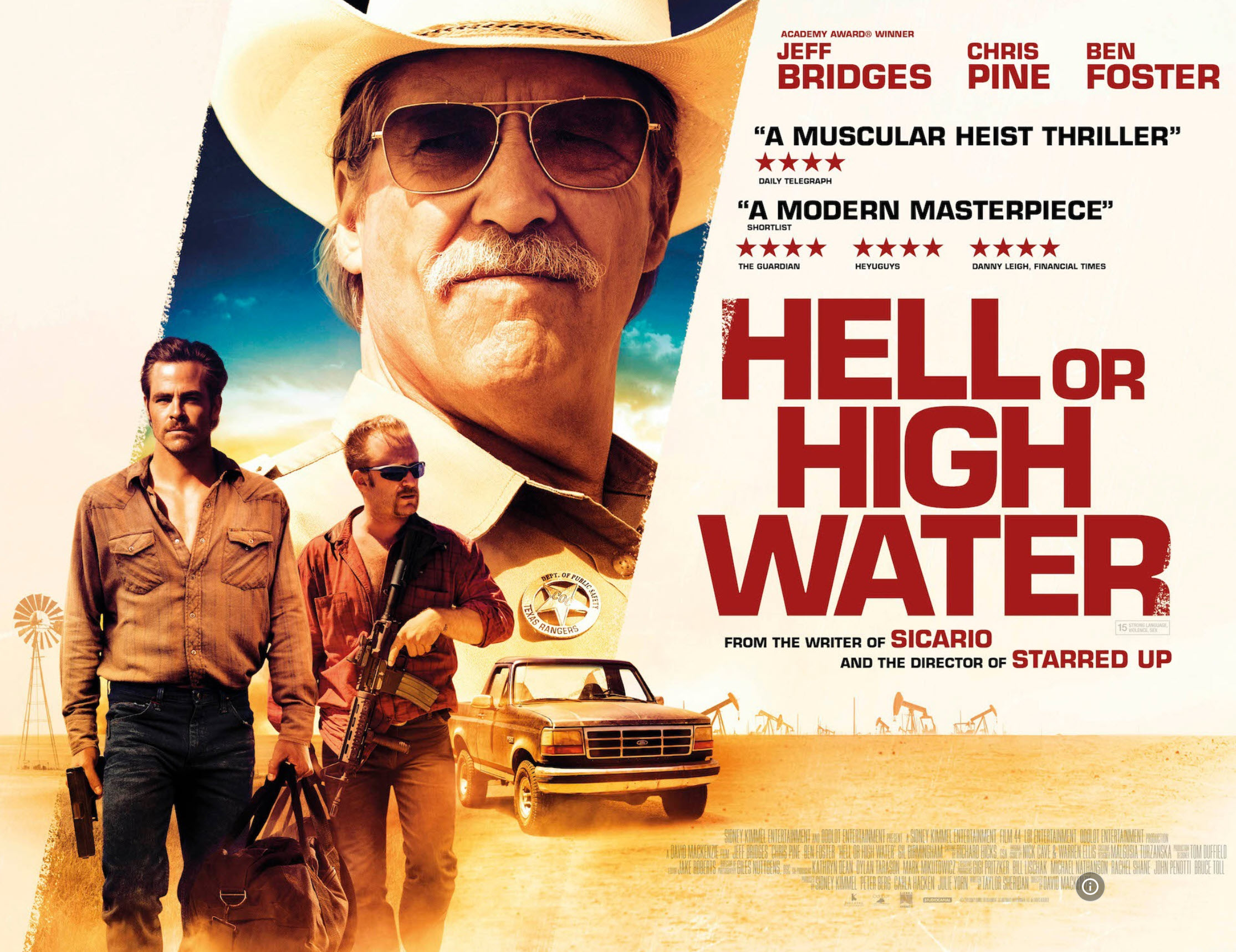 Toby Howard (Chris Pine) is an unemployed oil worker in Texas. After his mother passed away, he is about to lose the family ranch due to the foreclosure by the Texas Midland Bank. He is divorced and his two sons live with his ex-wife.

His brother Tanner Howard (Ben Foster) is released from prison. To get even with the bank, the two brothers start a string of bank robberies, always targeting Texas Midland Bank branches.

Texas Ranger Marcus Hamilton (Jeff Bridges) is just before retirement, when he is intrigued by this case and decides to solve it. He gets into the heads of the robbers, tries to find their motive and expect their next move.

Hell or High Water is a story about despair and hopelessness in rural Texas. It’s an adventure story where the heroes don’t have superpowers and gun shots kill. Jeff Bridges does a great job playing a crotchety old ranger with a lot of experience who uses his brain to outfox the thugs.