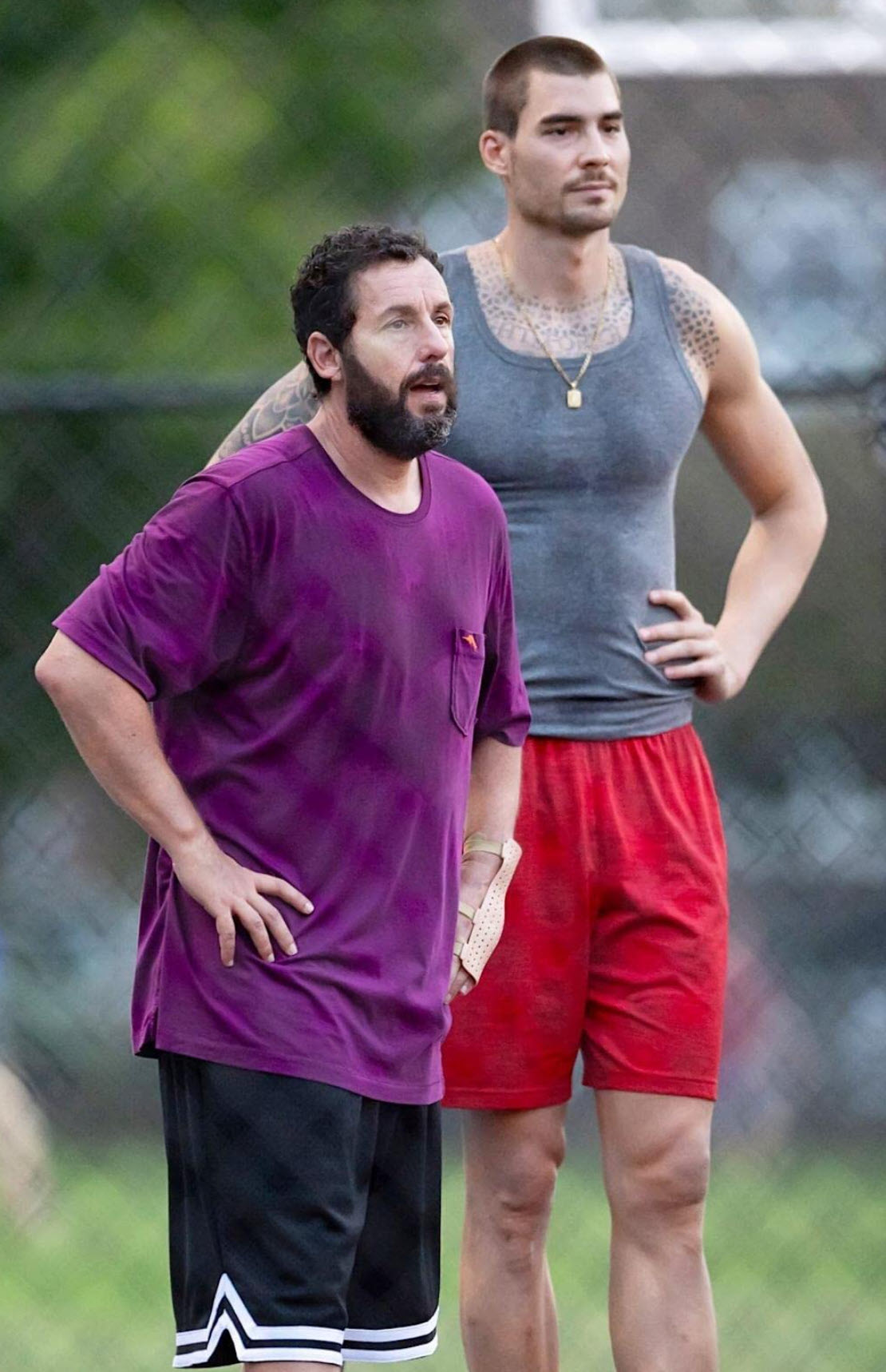 Stanley Sugerman (Adam Sandler) is a pro basketball scout for the Philadelphia 76ers. The life on the road for a scout is brutal. His daughter is a teenager, and he has missed all of her birthdays. While his family is loving and understanding, the stress on him is enormous. The owner of the team and his mentor suddenly dies, and when his son takes over the management, Stanley soon finds himself fired.

He goes on a scouting mission in Madrid, Spain and accidentally discovers Bo Cruz, an amateur player who plays hustle basketball on the streets for money. When he sees a possible superstar, the convinces Bo to let him coach and train him for the NBA.

There is a bit of Rocky in Hustle, and the training scenes, even though they are somewhat drawn out, are very reminiscent of Rocky Balboa running up the steps of the Philadelphia Museum of Art, the steps that have become known as the Rocky Steps. Bo also trains in the early morning hours in Philadelphia. Hustle is a predictable underdog movie. If you like pro basketball, you’ll enjoy some of the legends who appear and play themselves.