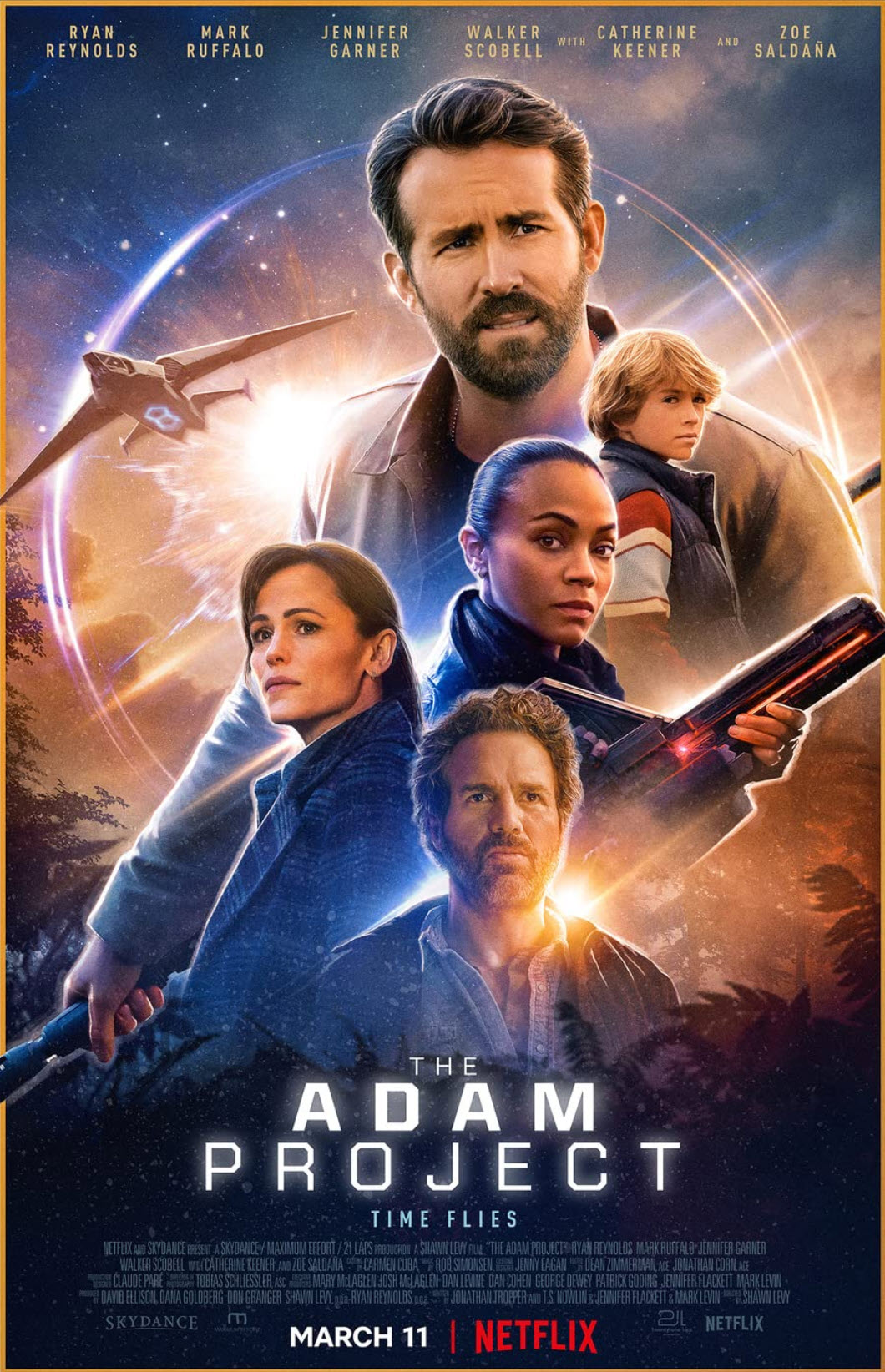 In 2050, time travel exists, and fighter jets can travel in time. Adam Reed is a pilot, trying to get to 2018, to save the future, but he crash-lands in 2022, conveniently in the backyard of his childhood home, where he meets his 12-year-old self. The two set out to fix a complicated future.

None of this makes much sense. The movie is an excuse for lots of Matrix-like action and video game scenes. There are even storm troopers who are wearing silver suits instead of white ones, but who are also just expendable ray gun fodder.

I was tempted to turn it off and leave it, but when I was half-way through, since it was, after all, a time travel flick, I stayed and watched it to the end.

Guess what, Adam fixed the future by fixing the past.