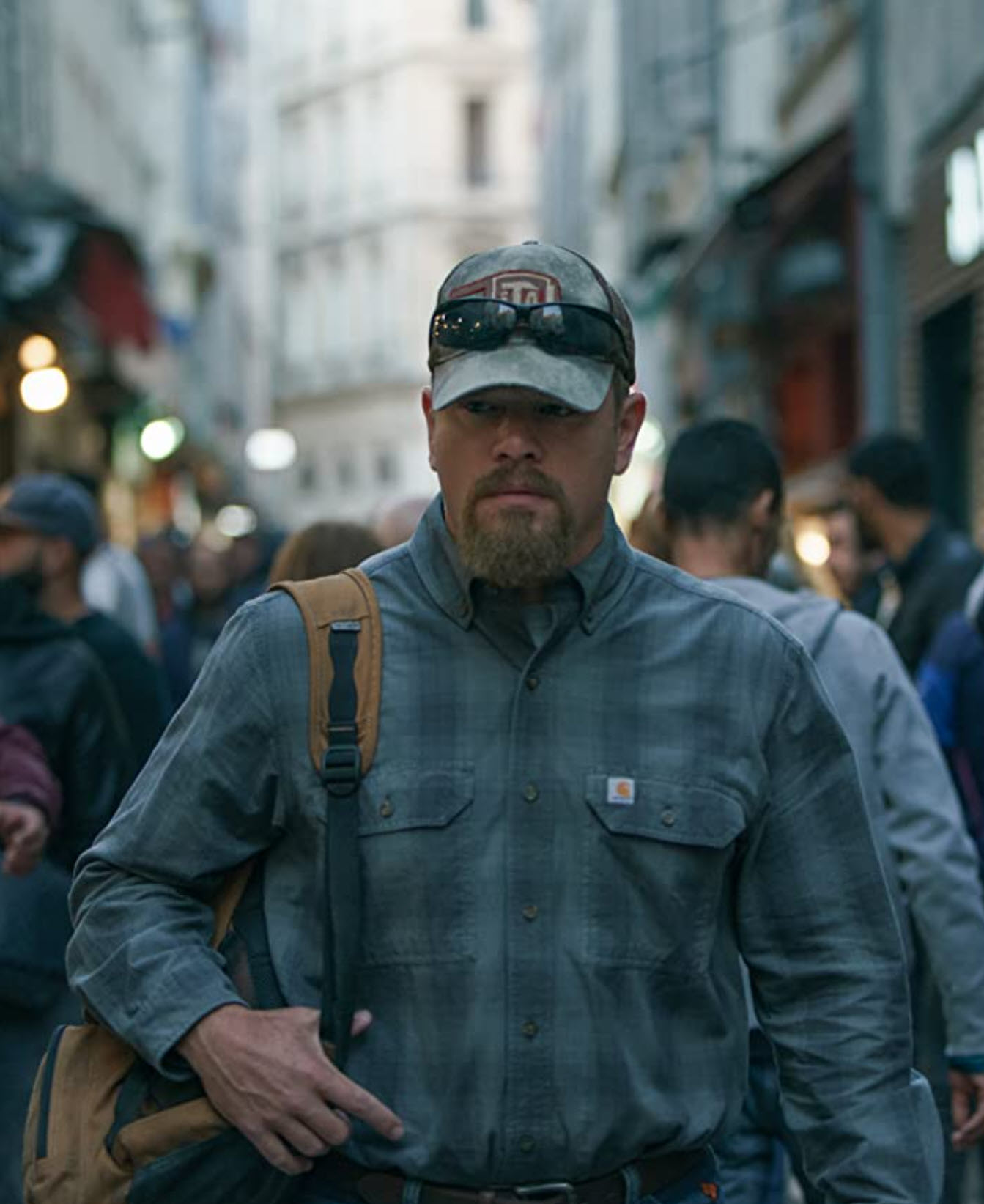 Bill Baker (Matt Damon) is an oil-rig worker in Stillwater, Oklahoma. Things are not going well for him. He is unemployed and defeated. His college-age estranged daughter Allison is gay. She has already served five years of a nine-year sentence in prison in France for the alleged murder of her girlfriend.

Bill is sure of his daughter’s innocence, and without anything else to do, he travels to France and rents a place in Marseilles. He does not speak any French. When he tries the legal avenues to free his daughter, the language barrier and the complexity of the legal system get in the way. When it becomes obvious to him that the authorities are not going to help re-opening the case, he decides to take matters in his own hands.

Stillwater is a well-crafted tale of a vigilante father trying to make things right for his estranged daughter. The trailer made it seem like another Liam Neeson-esque story with lots of action by a bad-ass father getting even, but it’s not like that. Matt Damon plays Bill Baker like a real roughneck. Supposedly Damon went to spend time in Oklahoma getting to know oil workers to be able to become one.

He did that well, and it carries the movie. The plot has some interesting twists and that makes it worth watching.