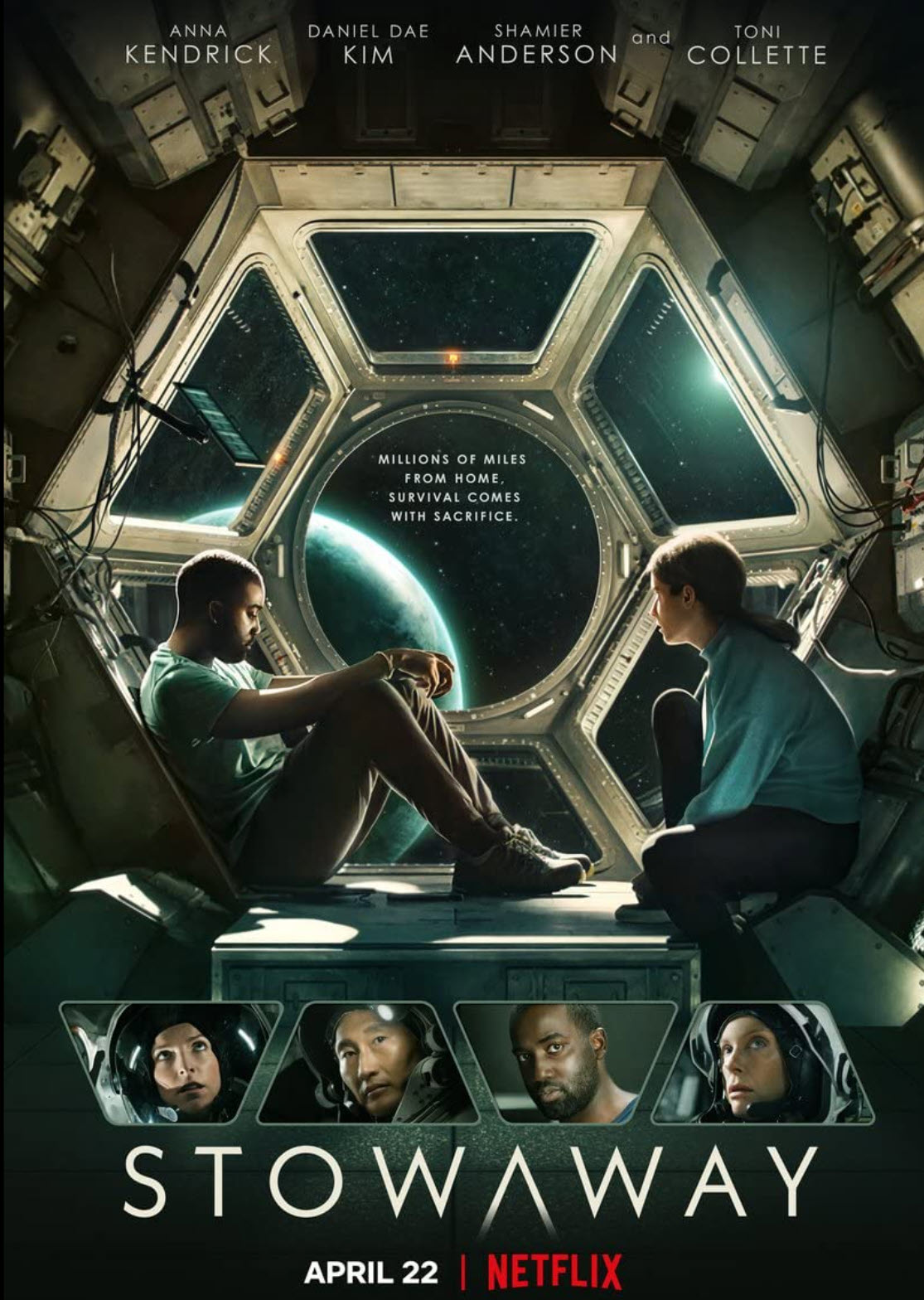 A crew of three astronauts takes off on a mission to Mars. Shortly after takeoff they discover there is a stowaway on the ship, somehow stuck in the life support system. After they get him out and discuss the situation, they figure out that they can’t turn around anymore (interplanetary orbital mechanics) and – this is worse – there are not enough resources (water, food and mostly air) on the ship to sustain a 4th person for the duration of the trip. There is not much in this movie that makes sense. There are some pretty interesting special effects, particularly during the EVA, which had me fascinated. But that was all.

How did the stowaway get into the innards of the life support system? And not make a peep all the way through launch preparations and launch?

Why did they not tether the canister?

Why did they not wait out the solar storm before going back for the second canister? What was the rush?

Seriously, a couple of canisters of oxygen will make a difference between four people living and dying on a two-year journey?

How were they going to land on Mars? There was no lander in sight. If there had been, they could have used the lander to return to Earth, right?

Who designs a two-year mission that has zero margin of reserve oxygen, so that one small extra canister the size of a scuba bottle, makes the difference between life and death?

Mission control was completely absent and it appears that only the commander talked to them on her headphones. Nobody else ever communicated with them.