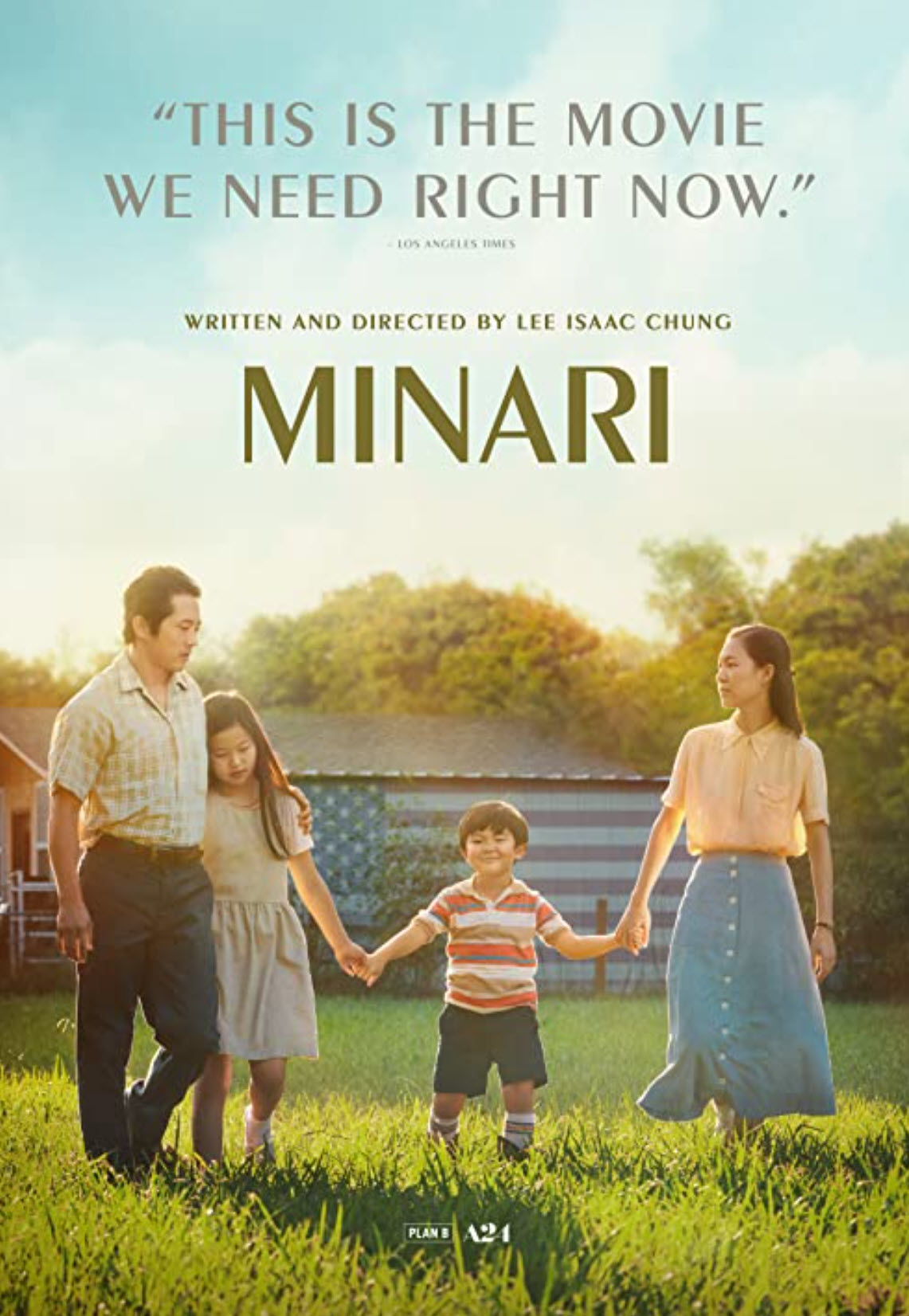 Jacob Yi (Steven Yeun) is a young Korean man with a wife and two children. They live in California and both work as “chicken sexer.” Yes, I didn’t realize that either, but young chicks are separated by gender. The males are useless and have no commercial value, so they are destroyed. Did you know that? The females get to live, to lay eggs, or to eventually end up on a rotisserie. It’s apparently not obvious to tell apart male and female chicks, and some people are professionals, who check this all day long on an assembly line of baby chicks. But I digress.

Jacob realizes that he wants more for himself and his family than working in an assembly line all his life. He takes his savings and moves the family to rural Arkansas. They buy a 50-acre farm. His dream is to grow Korean fruit and vegetables to sell at markets. Jacob loves the land, and he lovingly digs his hands into the rich Arkansas soil. But the wife is not all that happy with their situation, and grandma  Soonja (Yuh-Jung-Youn) plays a critical role in the future of the family.

Imagine a Korean family in rural Arkansas. What do do the people in the village think about them? How do their neighbors feel about them? There is definitely a lot of culture shock going both ways.

Seeing the plight of immigrants in America, trying so hard to just work and make a modest but satisfying living, is educational, especially at a time when our country’s leadership has been systematically vilifying immigrants against all common sense.

As the banner says: “This is the movie we need right now!”

I might note that this movie received a lot of Oscar nominations, and Yuh-Jung Youn, who played grandma Soonja, earned an Oscar for best performance by an actress in a supporting role.