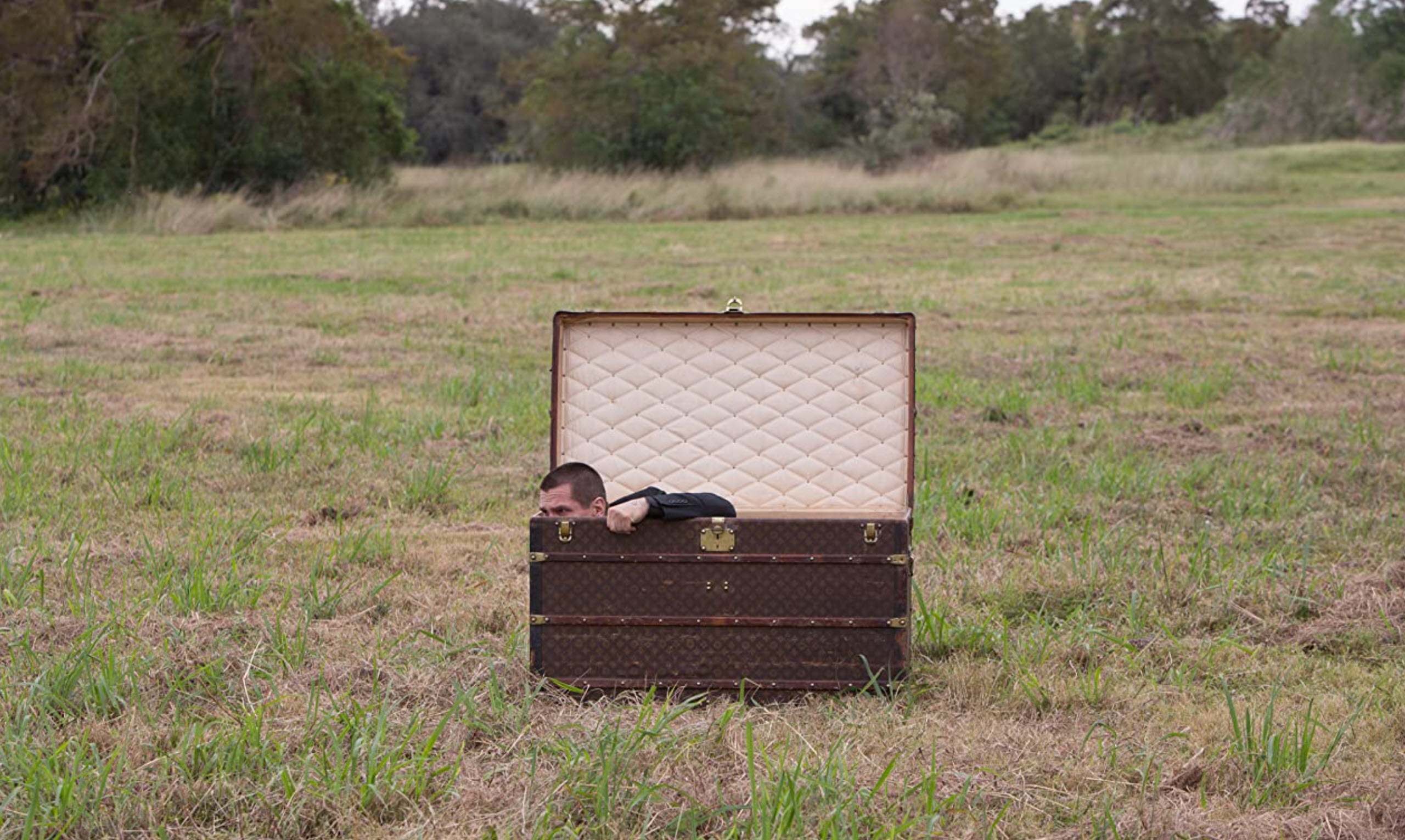 Joe Doucett (Josh Brolin) is a failing advertising executive and miserable drunk. His wife calls him because he is missing his only daughter’s third birthday. He claims it’s because of work.

One raining night in 1993, he passes out in the rain on the sidewalk in front of this favorite bar after they locked him out. He wakes up and finds himself imprisoned in a nondescript, shabby motel room. His captors feed him mostly Chinese food along with a daily bottle of vodka to nurse his addiction. He stays locked up for 20 years, never learning why. Eventually he figures out he has to keep alive and healthy. He works out, practices martial arts he sees on TV, and plans his escape.

Then, suddenly, one day, he wakes up “free” in a trunk in the middle of a field in the country.

*** Spoiler Alert *** after this point, there are spoilers, but since I strongly recommend you do not bother to watch this movie, I am not sure it matters much.

As Joe awakes in the field, the viewer thinks this will be a Count of Monte Cristo story. A poor victim gets wrongfully imprisoned for decades, and then, when free, seeks revenge. Joe seeks revenge alright.

However, the story is so contrived, and the plot so complicated and outright silly, it’s hard to take this movie seriously. For instance, at one point he walks into the den of his captors pretending to be a food delivery man (for the Chinese food he had been fed for 20 years). He has no trouble walking into the facility where apparently many people are kept prisoner, under surveillance. He kills the few guards in reaches the inner sanctum, where he starts torturing the chief security guard. Nobody gets in his way. Then, suddenly, a dozen goons with fists. knives and clubs descend on him. With unbelievable superhero skills he either kills or beats all of them with just a hammer. When done, as he makes his way out, suddenly there is another dozen or more goons. Same thing once more. And then again.

There are also plot holes as big as a barndoor. For instance, the entire plot is based on a billionaire getting even with him, as he thought he did his family an injustice when they were both in college. So the billionaire has a motive to lock him up all these years and torture him. After all, there is a plan.

However, why are there all these other prisoners being monitored and held? Surely, they didn’t all harass him back in the day. The whole scheme just doesn’t add up.

After watching this all the way through, and wondering how I could possibly stay with it, I learned that this was a remake of a Korean movie of the same name from the year 2003. It actually got better reviews and maybe it was even halfway decent.

Oldboy was directed by Spike Lee. It was a box office bomb and one of the worst performances of Spike Lee’s career.

Why make a remake?

It is a horrible movie, with absolutely brutal violence so graphic that I had to look away. I didn’t want these images in my head.

And why the title Oldboy?

Absolutely, do not bother!