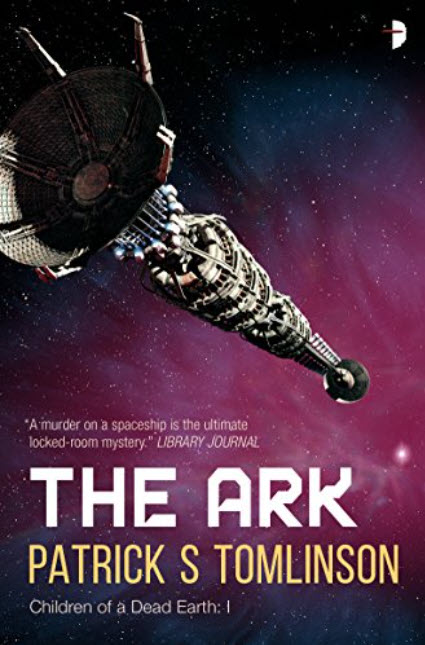 Mankind discovers a black hole heading directly into the solar system. Humanity faces complete obliteration as a result. Using all the world’s resources, they build a massive starship to send on its way to Tau Ceti, where a habitable planet was found that should be suitable for humans. The Ark, as the ship is called, travels at about 5% the speed of light. This means it will take almost two and a half centuries to bridge the gap of 12 lightyears. The Ark is truly a generation ship. All of the 50,000 people who were chosen to leave Earth would never see their destination but live out their lives on the ship. Entire new generations will be born, live their lives, and die, never seeing their destination. Imagine living on a ship now that left Earth at about the time of the American Declaration of Independence. That would be the timeframe.

The story starts just before arrival at Tau Ceti. Bryan Benson is a retired sports hero. He now works as a detective. After a crew member goes missing, he eventually discovers that a murder has taken place. As he digs deeper, he finds that there appears to be a conspiracy involving the most powerful people on the ship that could jeopardize the entire mission and possibly annihilate the last living members of the human race, the 50,000 souls living on the Ark.

I picked up this book because I love generation ship stories. I have read and reviewed five books about generation ships in this blog (you can find the reviews by selecting “Generation Ships” in the categories dropdown.

I enjoyed the description of the ship and its technology, but had a hard time picturing it in my head. The author does not do a very good job describing things.

The Ark is actually Book 1 of a series of three books titled “Children of a Dead Earth.” I didn’t think I’d go for the second in the series, but the publishers cleverly put the first few chapters into the end of this book, and it pulled me in. See my review of Book 2 next.