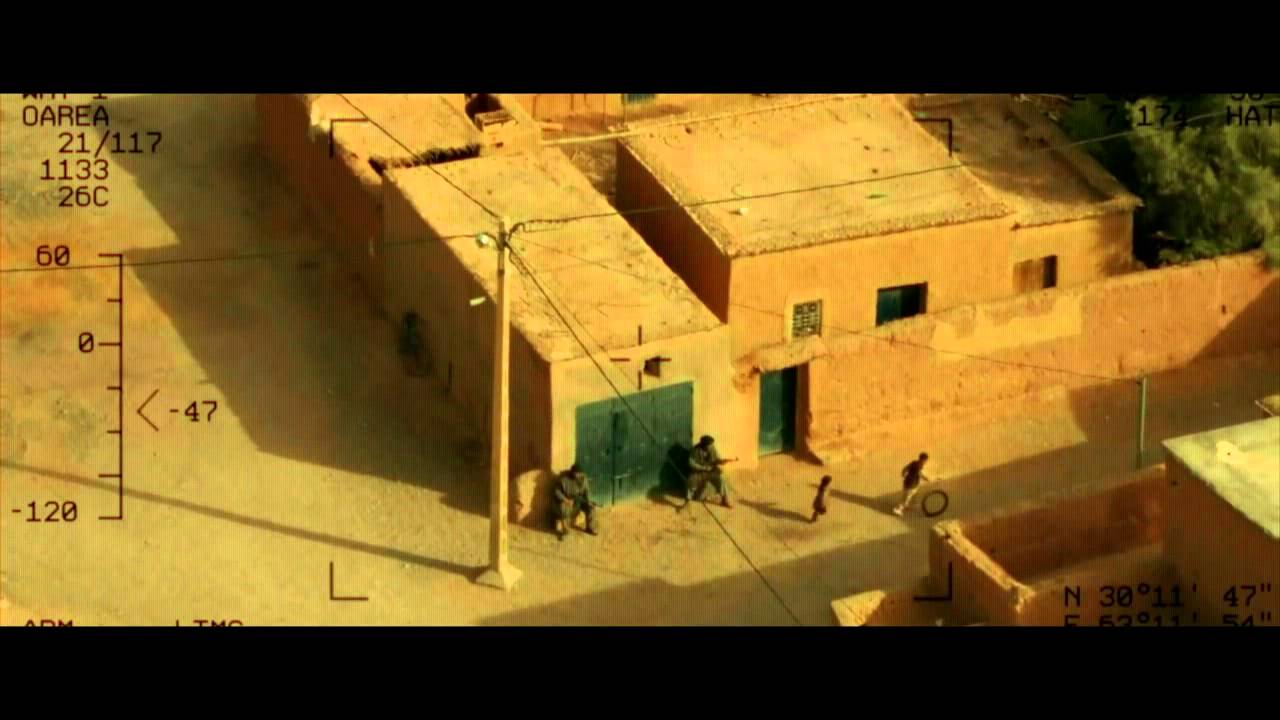 Imagine you are playing a video game. You hunt down bad guys and blow them to pieces with missiles. A few minutes later, the rescuers come from all directions with shovels to help any possible buried survivors. For good measure, you fire another missile into the rescue mission. You call it a follow-up. You just killed more than a dozen people, seemingly by just moving objects on a screen.

But it isn’t a video game. Your shift is over. You get up from your chair, unplug your headset, and someone else takes over. You get out of the air-conditioned trailer on an airbase in Nevada, get into your car and drive home to Las Vegas, to your wife and kids. Backyard barbecue tonight.

Good Kill tells the riveting story of modern-day warfare. “Pilots” sit safely on the ground in trailers in the U.S. flying killer robot machines over targets anywhere in the Middle East, on the other side of the globe. The killer robots can circle for many hours and practically fly themselves. They are so high up, they cannot be seen from the ground. But the “pilots” have high-resolution cameras. They get a laser fix on the target, pull the trigger, and a Hellfire missile is on its way. Time to impact, 10 seconds. Hopefully no kids or other innocent victims walk into the “theater” within those 10 seconds. When the missile hits, there is a cloud of fire and destruction. Another $64,000 of American tax payer money well spent.

Major Thomas Egan (Ethan Hawke) is a former fighter pilot with 3,000 hours in an F-16 and six tours of duty in the Middle East. He considers himself a pilot. Playing video games, albeit deadly ones way beyond what an F-16 could do, is not his idea of warfare and he yearns to get back into the cockpit of a real plane. When the CIA takes over and directs his crew and their missions, the psychological impact of those orders, which often kill innocent civilians simply because they happen to be around a “high value target,” is demoralizing to the crew. Egan has a hard time going home to his wife and family and playing father and husband. He is distant and deeply troubled. He is part of a killing machine in 21st century warfare.

Good Kill is a fictional account of supposedly true events. We will never know how true. We have all learned about drone strikes and their impact on terrorism. I believe that this type of warfare simply is a terrorism breeder. You want more terrorists, send more Hellfire missile out of the blue sky into civilian neighborhoods in Yemen and Afghanistan. It works perfectly. Every boy who sees his father blown to pieces grows into a fiercely dedicated combatant within just a few years. The Middle East we have created is a petri dish to grow terrorists.

If Good Kill only approximates what is really going on, even if it is a fictional exaggeration, it exposes a frightening reality that we, the American tax payer, must become aware of. Bush started the war on terror, but Obama refined it and sanitized it. We’re not seeing the body bags coming off airplanes anymore. But we know the killer robots are out there, looking down from the blue sky.

Good Kill tells the story of what our government thinks is okay to do in our name, to the people of the Middle East, and to our own soldiers.