It just makes them more difficult, more risky, more expensive and more traumatic for women. And without clinics where they can get help, there will be less facilities that provide the emotional support, particularly after hardships, crime, rape and incest.  And don’t even get me started about the effect on the medical community, and the situations of life-threatening complications to women due to their pregnancies.

Banning alcohol during prohibition didn’t stop drinking. It just pushed it underground, created a ripe market for criminals who would supply the illegal booze, supported organized crime, brought down the quality of the products and made them more risky.

Banning marijuana didn’t stop pot. It just made the stuff more expensive and put many people into prisons for “possession.” People smoked then, they smoke now.

This is about power religion wants to wield to control the masses, and men want to wield over women. After all, it’s penises that cause pregnancy, and those are owned by men.

It’s a ludicrous time we live through.

And we’re letting them do it to us. 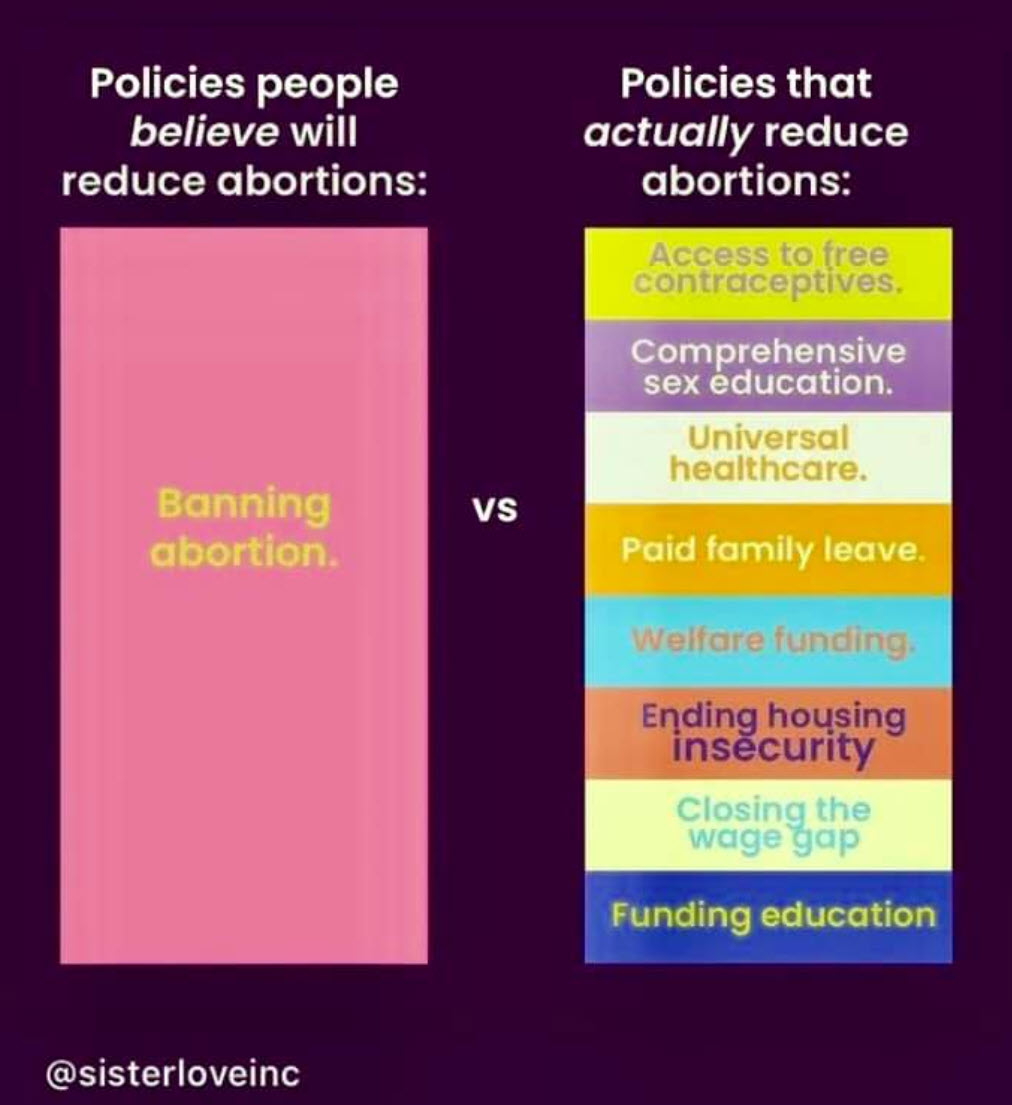 With the Supreme Court striking down Roe vs. Wade, things are changing in this country, for the worse, for the much worse.

But then again, we have observed this circus happening since 2016, where somehow we have let “conservative” values roll over our freedom. What did we expect? We have seeded the Supreme Court for years now just to make this happen, and it started with McConnell’s blocking the nomination of Merrick Garland. It’s ironic that these same “conservatives” are the ones who proclaim their freedom was taken away by an election that didn’t go their way.

The country is heading down a path of darkness forced by religious zealots. I have no problem with Christians being Christians, and Muslim’s being Muslims, as long as they stay out of interfering with my life and my freedom, all the rest of us who don’t buy into their delusions.

Here they have crossed this border. They are interfering, and that’s deeply disturbing.

How about we make all our women wear burkas because that makes us men feel better about the powers we have?

I hear their God hates genitals. Maybe we can bring in genital mutilation – of course for women only. And for witches.

Do you think I am angry?