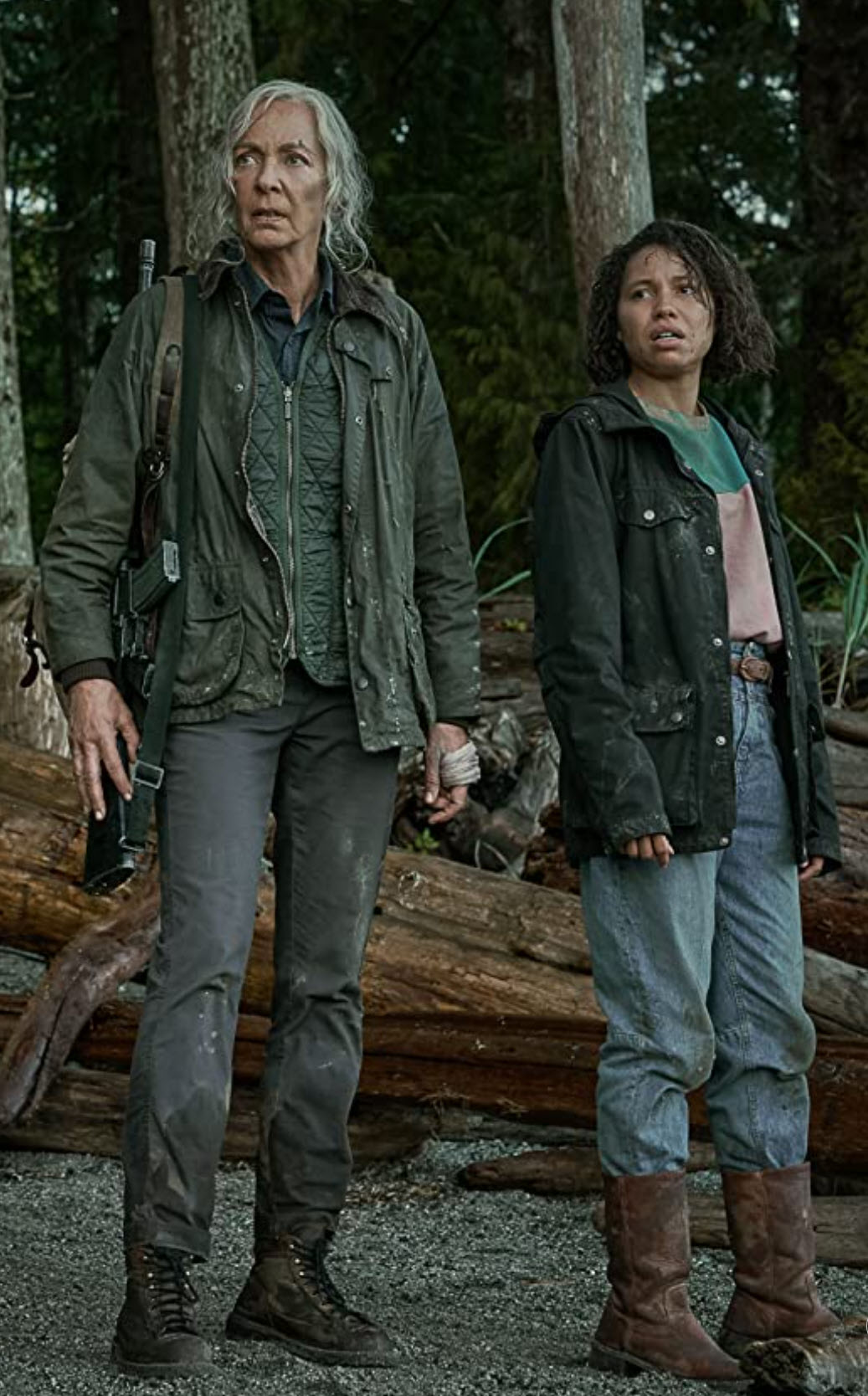 Lou (Allison Janney) is a recluse who lives alone with her dog in a rough cabin on an island off the coast of the Pacific Northwest. She owns the trailer next door on her property. The tenant is a young woman named Hannah (Jurnee Smollett) with her young daughter Vee (Ridley Asha Bateman). Hannah is struggling to make the rent and is haunted by fear of her abusive ex-husband.

During a night of heavy rain and thunderstorms, Lou is planning on ending her life. She writes a letter, locks the dog in the bathroom, and points her rifle to her head. Just as she is about to pull the trigger, Hannah bursts into the cabin. Her daughter has been abducted.

The two decide that calling the authorities in the middle of the night in a storm will waste too much time and give the abductor extra time. Lou gathers up some supplies and the two head into the woods.

It quickly becomes apparent from Lou’s survival and hand to hand combat skills that she is not at all what she seems to be.

Lou is a thriller that plays in the same surrounding and “feeling” of Rambo First Blood, the unforgiving woods of the Pacific Northwest. It turns out that Lou has more secrets than the average loner, and plot twists keep the viewer in suspense. We know things are about to get serious when the CIA gets involved. There are no heroes in this movie, only underdogs and victims.

Lou is an entertaining thriller that made me think about our country and what it does in the world.