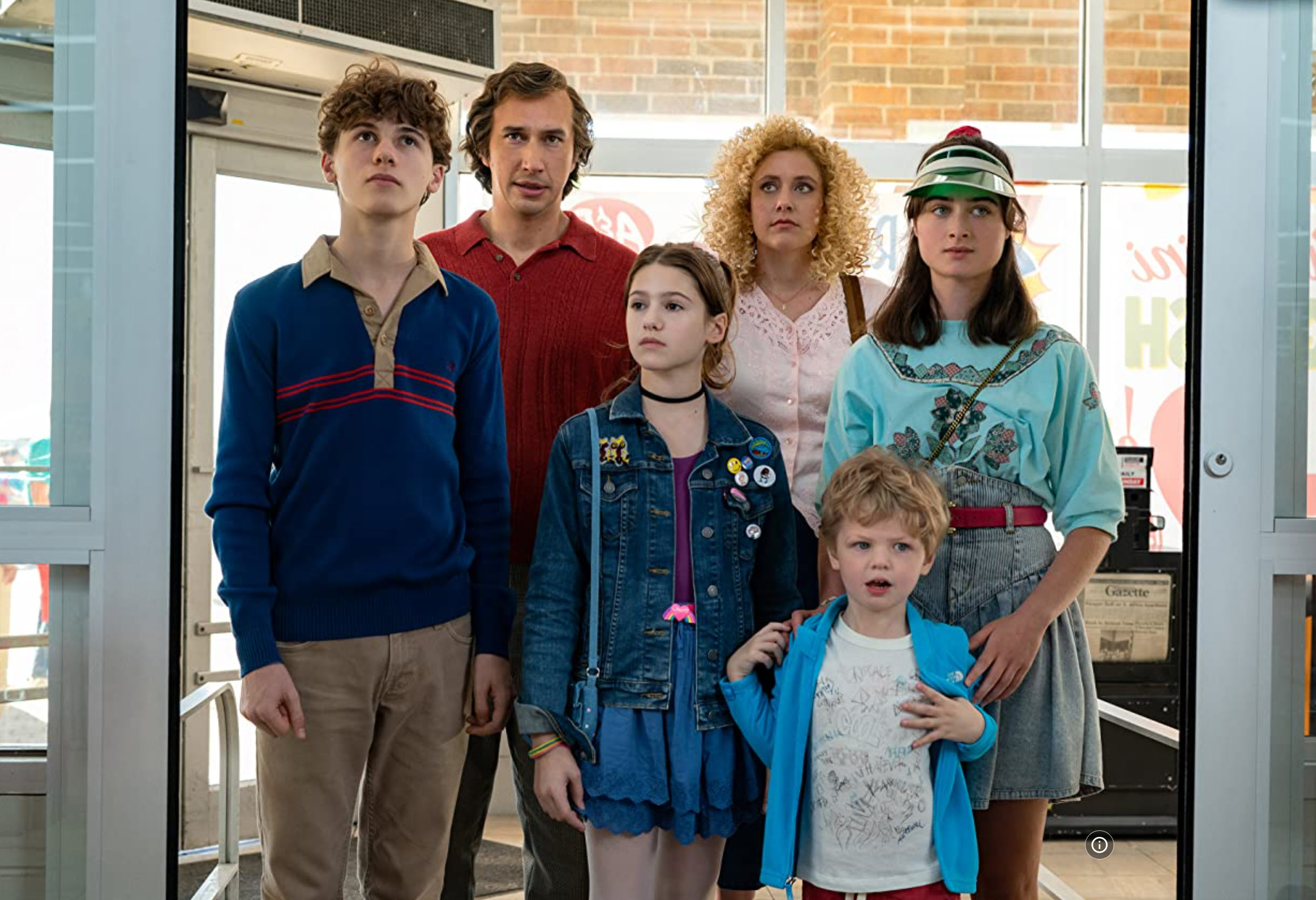 The IMDb description of this movie talks about the dramatization of a contemporary American family’s attempt to deal with everyday life. But the movie plays in the early 1970s, which I would hardly characterize as contemporary.

It has some hilarious moments, but for the most part, this is just a bizarre dark comedy without a consistent storyline or plot. There are three distinct phases in the film: The first one introduces us to the family and its various dysfunctions. He is a college professor who is not sure about his career and where he is going with it, and the rest of the family follows suit. The second section deals with a toxic chemical emergency in their immediate neighborhood. And finally, when that is dealt with, in the third phase we go on to a bizarre drug abuse story with an unlikely ending.

Let’s all sing and dance in the grocery store!