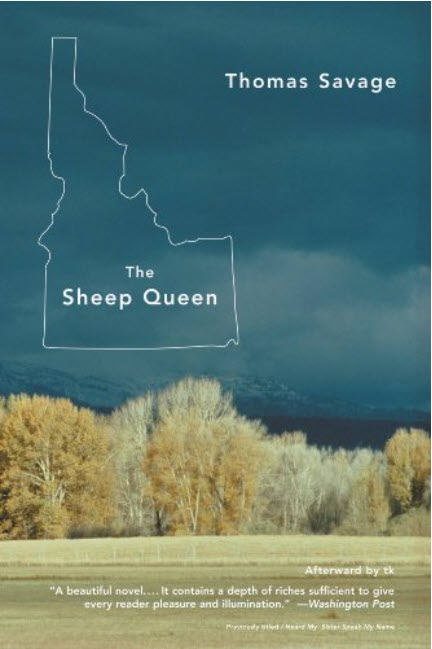 I recently watched the movie The Power of the Dog, which was based on the novel by Thomas Savage, an author I had never heard about before. A friend saw that post and commented that Thomas Savage was one of her favorite authors and that The Sheep Queen was one of the greatest novels she had read. Enough reasons for me to read The Sheep Queen.

The Sheep Queen is the matriarch of a family of ranchers and the story spans the time from the late 1800s into about the mid 1960s. We learn about mining, ranching, the economics of sheep ranching and life in the American West through the points of view of some of the ancestors of the family and, of course, her children and grandchildren.

Savage’s style of storytelling is discontinuous. Sometimes the story plays in the present, sometimes long ago, and it’s up to the reader to figure out what’s going on and who is talking. This is one of those novels where you realize, about 30 percent in, that you might have to read it again to figure out all that is really going on. Some critics call that part of a literary style, and that may well be true. For me, who has little extra time, I don’t usually have the patience to read books twice, so I resign myself to not fully understanding all the connections and details, and I miss some of the plot.

I am not sure whether I like Savage’s style, or if it’s too pretentious for me. I can definitely say it’s different from anything else I have read.

The fact that the book is titled The Sheep Queen is a bit misleading. She is not really actually the main character in the book, if there is a main character at all. She does connect all the characters, but the story is less about her than it is about her children and grandchildren. And that is the whole plot. This is a family saga about life in Idaho and Montana, and the pleasures and pains that make up the essence of human existence.

It’s a book about people.