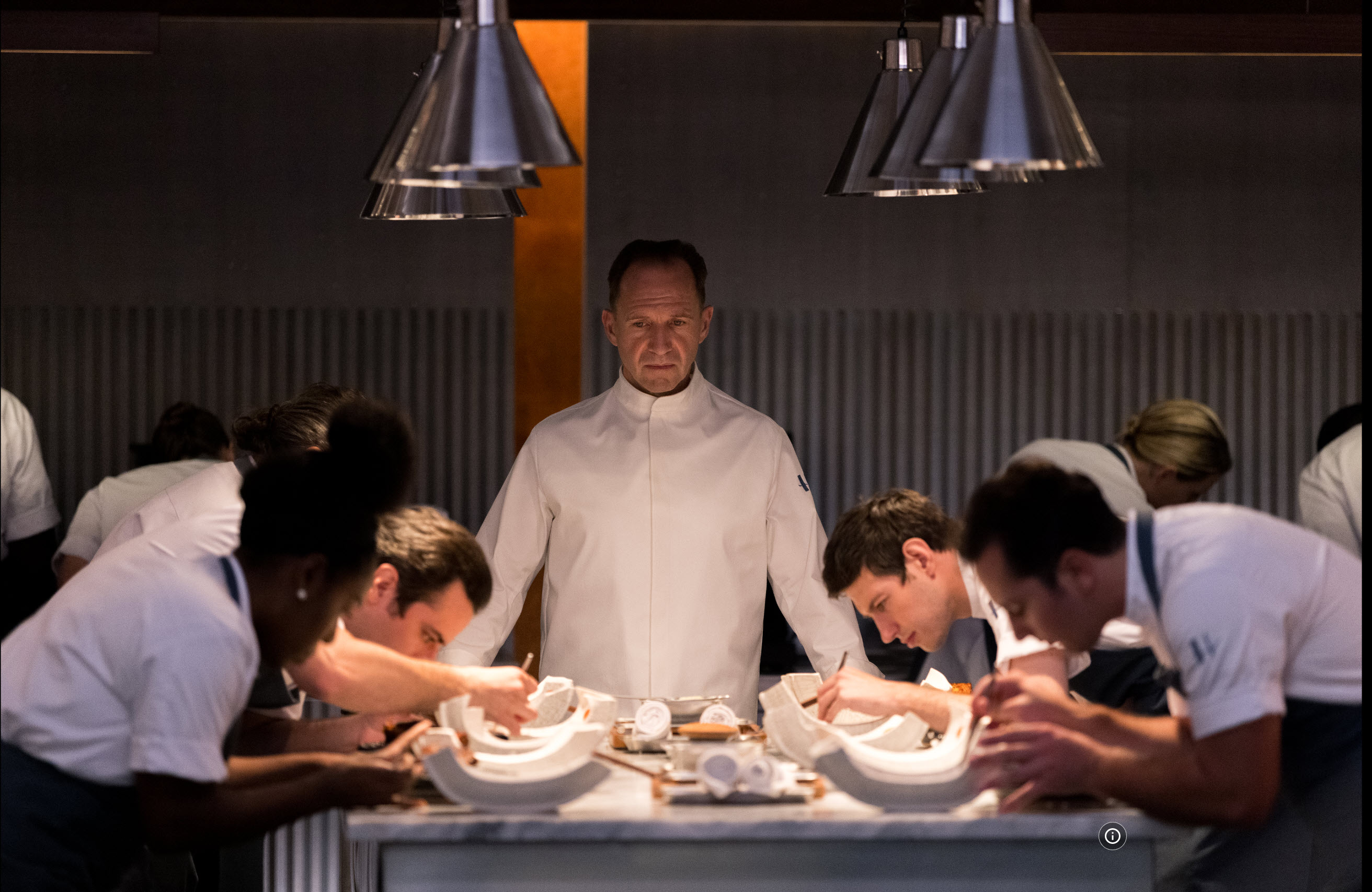 The Menu has a rating of 89% on the Tomatometer, that’s why we chose it for tonight’s movie night out. Here is the only description I found:

“A couple (Anya Taylor-Joy and Nicholas Hoult) travels to a coastal island to eat at an exclusive restaurant where the chef (Ralph Fiennes) has prepared a lavish menu, with some shocking surprises.”

It’s a comedy, a satire, and a parody about expensive restaurants, the kind where after spending a few hundred dollars on a meal, you leave hungry. Except this restaurant has some non-culinary surprises, which makes the movie somewhat of a thriller. It least it tries to be a thriller.

It didn’t work for me – at all. First, I can’t relate to restaurants of that class, never having actually been to one. And I don’t drink wine, so you can skip the pairing.  I could not relate to any of the patrons. Their vapid dialog left me uninterested, the food descriptions seemed comical, and the entire movie was flat out boring to me. I found myself tapping my foot, waiting for it to be finally over.

Here is an example of a highly rated movie that I would definitely not recommend at all. Do yourself that favor, don’t bother, and you won’t miss anything.

To give away the plot: It all comes down to a cheeseburger in the end.