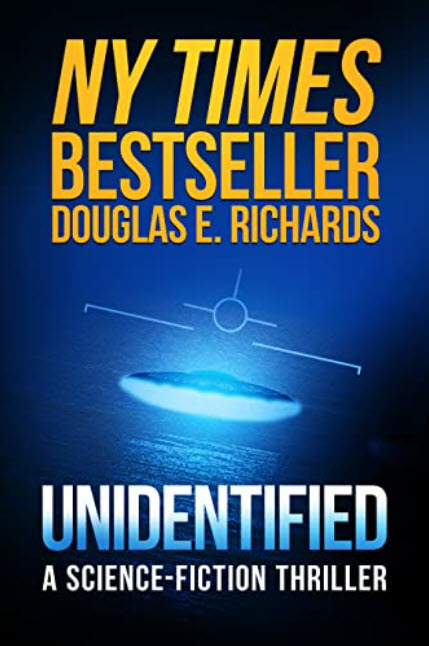 Jason Ramsey is a science fiction writer who becomes obsessed with UFOs, particularly in light of the huge media activity about UFOs in the years between 2017 and 2021. He is on a quest to find out what UFOs really are, why they are here, and what their intentions are.

Of course, no good science fiction story would be complete without a heroine who is exceedingly smart, superbly attractive, trained as a lethal combatant, and of course in love with the hero.

Unidentified tries to grapple with what UFOs are and what role aliens play in our lives. It speculates extensively about alien technology and alien motives. The book is extremely well researched and documented with literature references.

It is definitely a page-turner, and it had me interested to find out what is going on. There is a lot that got me thinking, but there were also many areas that I felt were over the top, particularly where it concerns alien invasion of human minds, implanting memories, and controlling human actions.

I liked the fact that the author made this a stand-alone book. He could have easily made it a setup for a series, but he chose to finish the story.

I enjoyed it enough to pick up another book by the author right away which I am reading now.