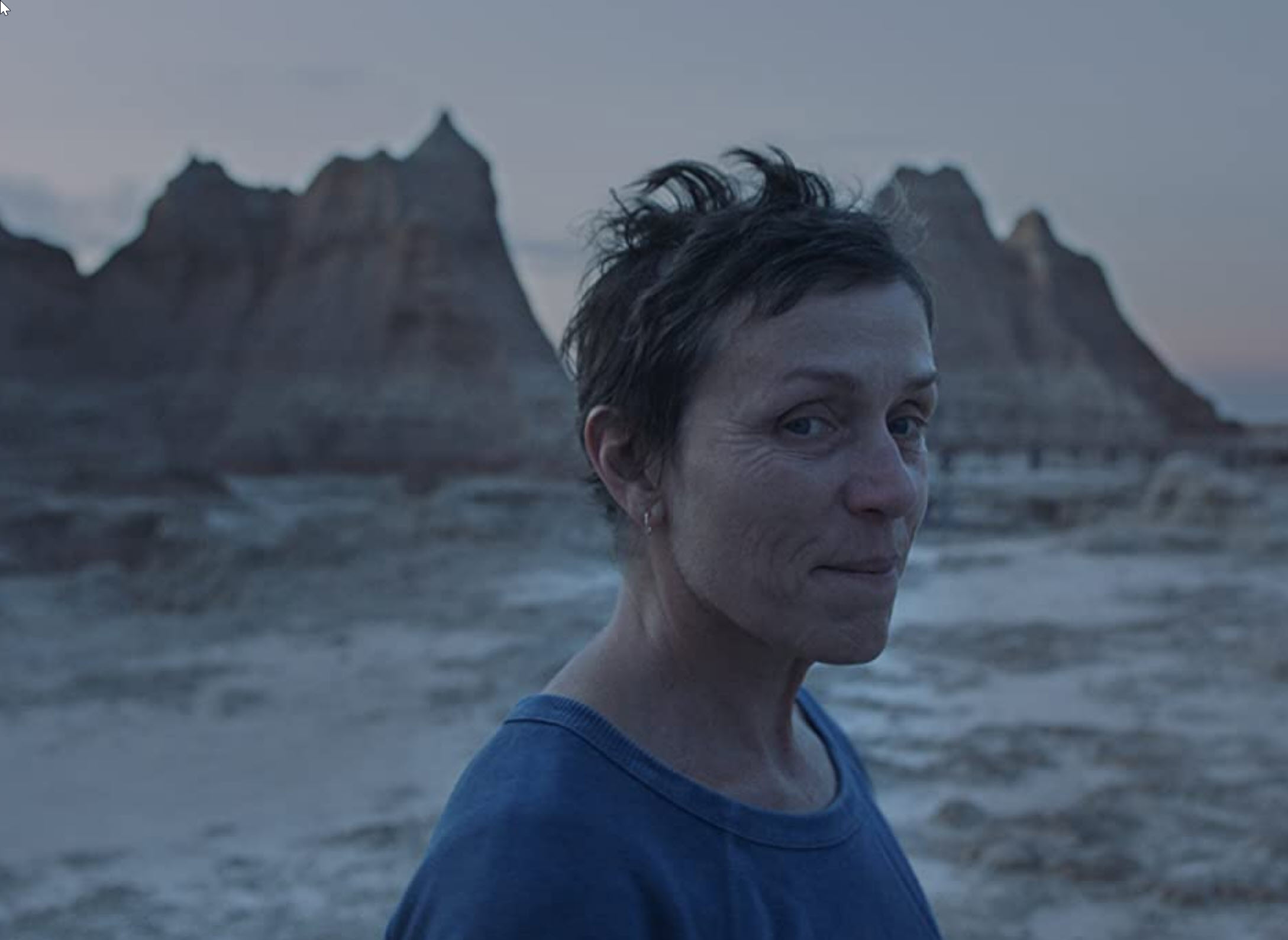 Fern (Frances McDormand) is woman in her sixties. She spent her entire life with her husband, who was happy working in a sheetrock factory in northern Nevada. She was never able to realize her own dreams, because she was accommodating her – dreamless – husband. Then he died abruptly. When the sheetrock factory, pretty much the only employer in town, closed, the town died. Even the zip code was retired (true story).

Fern abandoned her house and life, and moved into her van, cruising the American west, including Nevada, Nebraska, South Dakota, California and Arizona.

This movie is carried by McDormand’s acting. Nothing happens. There are countless shots of desert with the sun setting in the distance among the stark mountain ranges that characterize the west. Fern keeps standing around, and walking around, in one encampment after another, with really nothing else going on. We are witnessing a nomad and we can’t really tell if she is happy.

McDormand won an Oscar for this performance. When she received it, she issued a howl, and many people didn’t know why. It turns out it was a tribute to the film’s sound mixer Michael Wolf Snyder who had passed only about a month earlier.

Another bit of trivia is that with Nomadland, McDormand now has more lead actress Oscars than Meryl Streep. Pretty impressive.

Nomadland is a boring movie, a depressing movie, where nothing really happens, but it makes you think about your own life nevertheless.