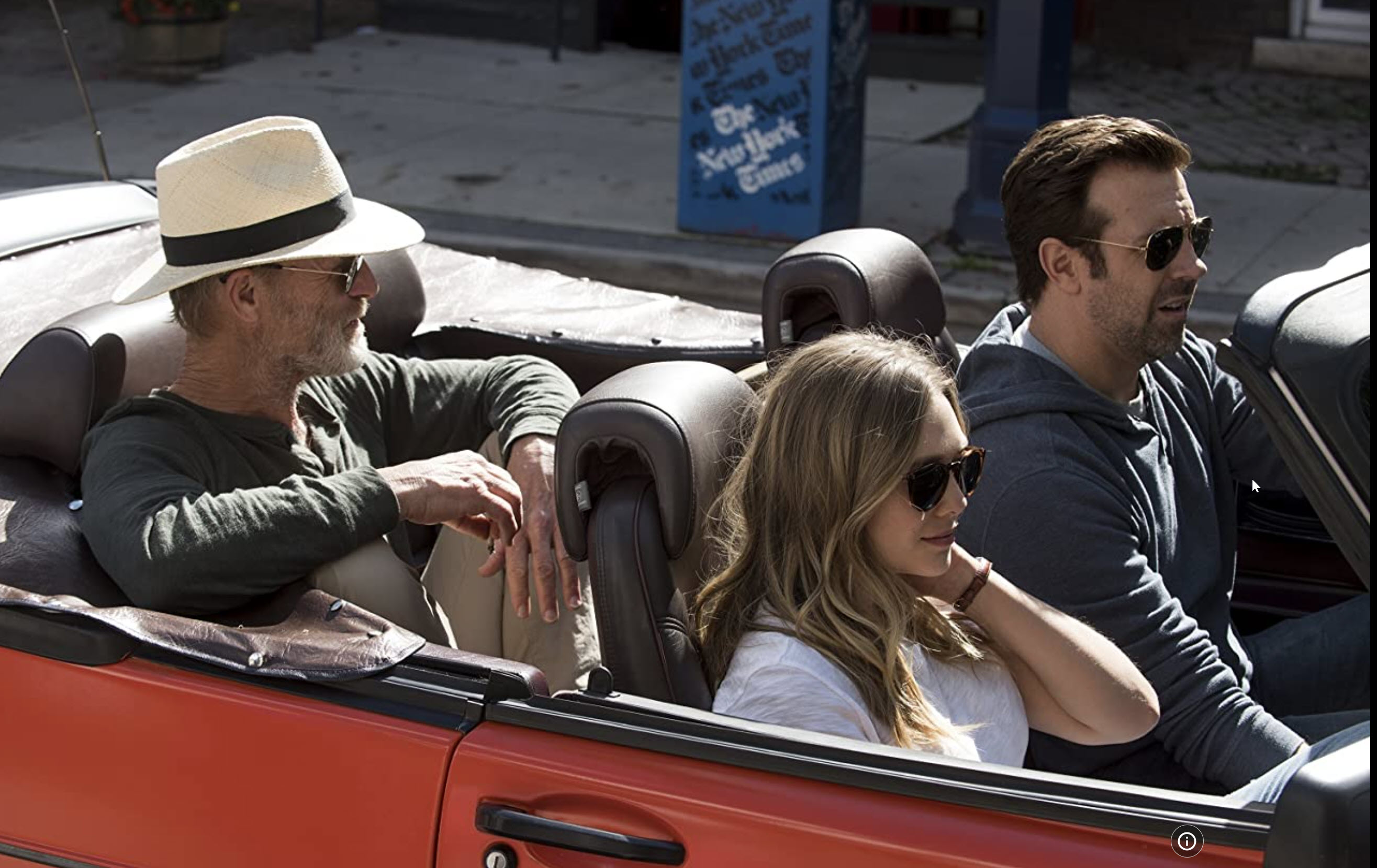 Kodachrome is the brand name for a color reversal film introduced by Eastman Kodak in 1935. It was one of the first successful color materials and was used for both cinematography and still photography. Kodachrome film sales were discontinued in 2009 after nearly 75 years in use due to plunging sales and to the rise of digital cameras. There was one lab left in Kansas in 2010, and it was closing its doors.
This movie is based on A.G. Sulzberger’s 2010 New York Times article “For Kodachrome Fans, Road Ends at Photo Lab in Kansas.”
Famed photographer Ben Ryder (Ed Harris) is dying of cancer. He has a full-time nurse and assistant named Zooey Kern (Elizabeth Olsen) who takes care of his health needs, but he knows he only has a few months to live. He is completely estranged from his only son, Matt (Jason Sudeikis). They have not seen each other in many years, when Zooey appears at Matt’s job and tries to convince him to go on a road trip to Kansas with his father, so they can develop the last few rolls of film Ben has stashed away.
Ben is a cantankerous old man, crass, inappropriate and self-absorbed. He has neglected his family – and his son – all his life so he can advance his career. Father and son do not appear to be reconcilable, until Zooey pulls some strings. The three of them hop into Ben’s old convertible Saab in New York and head for Kansas.
Kodachrome is a road trip movie about an old dying guy who has one last wish. We have seen many of those before, and this one is as predictable as most of them. But we love our road trips, and we love to reminisce about them. Kodachrome touches that nerve, and it offers a tiny glimpse into the world and soul of an artist, whose profession drives him to be away from those he loves.