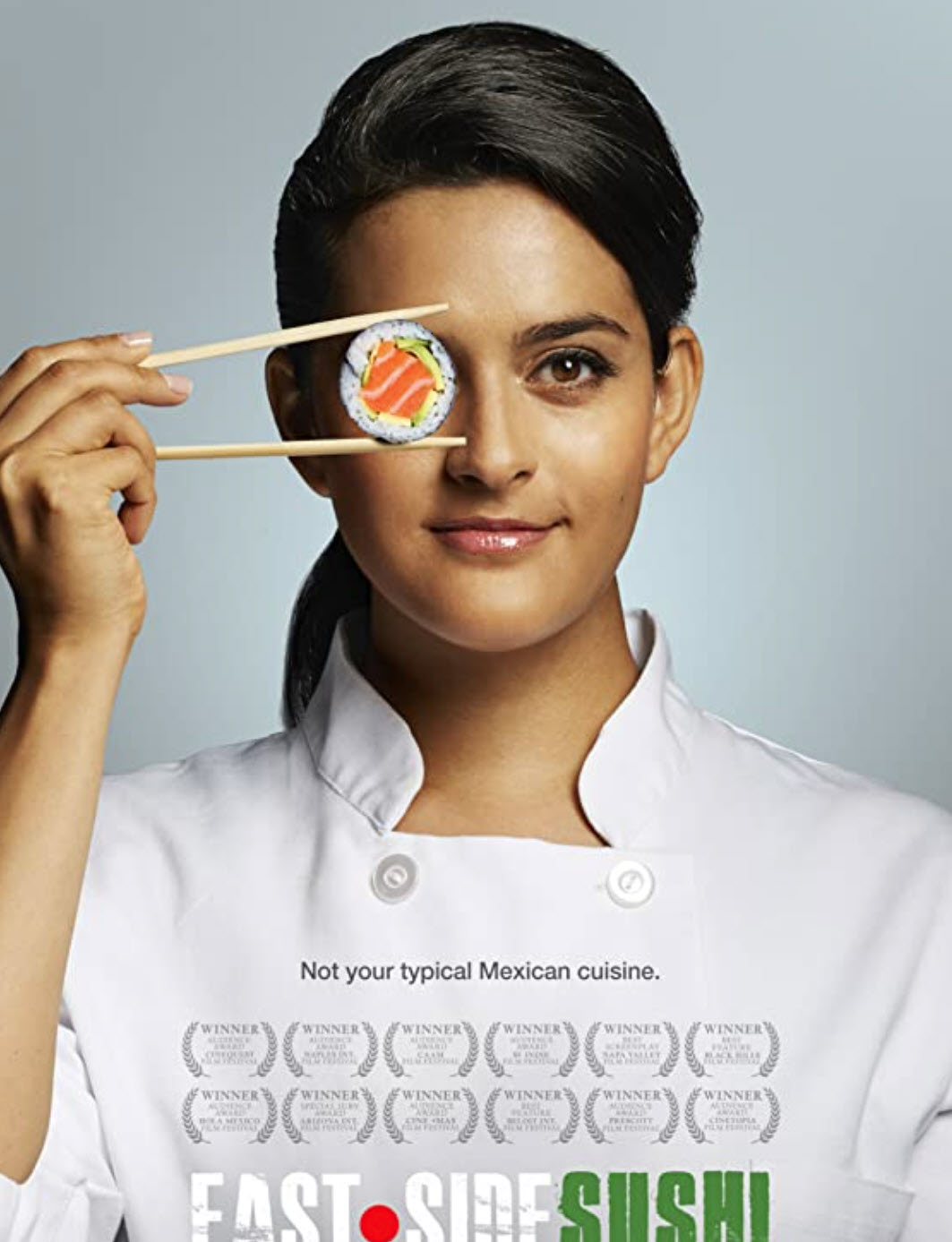 Juana (Diana Elizabeth Torres) is a Hispanic girl in Oakland, California. She is a young single mother of a school-age girl, and she lives and works with her father. They work incredibly hard, both in several different jobs, just to make ends meet. She wakes up her daughter at 4:00am and gets her ready to school before she goes and prepares fruit for the fruit cart she runs. Her daughter sleeps in the car until she gets dropped off at school. Thugs with guns on the streets rob her of the few dollars she earned and beat her. In her other jobs she cleans offices (and toilets), washes cars, and she has lots of experience as a cook in Mexican restaurants.

When see sees no way out, she notices a help-wanted sign outside an upscale sushi restaurant. She applies for an entry-level kitchen position and gets it. Culture shock engulfs her and her daughter and father when it becomes obvious that Japanese cuisine is completely alien to them. But Juana works hard, learns fast, and quickly becomes noticed in the restaurant by the lead sushi chef. When she aspires to become a chef, she hits several glass ceilings at once. She is a woman. She is not Japanese or at least Asian. She is not authentic.

East-Side Sushi is a predictable story where the heroine lifts herself and her family up against all odds. What I found most rewarding in watching this movie was the depiction of the life of Hispanics in Californian society. We see them as vendors at street corners. We see them in the parks. We see them working in the fields and yards, we see them working in restaurants and in childcare. They are everywhere. They work incredibly hard. They are diligent. This movie gives us a glimpse behind the scenes of what we see in public, and I may think differently next time I see a street vendor selling fruit cups.