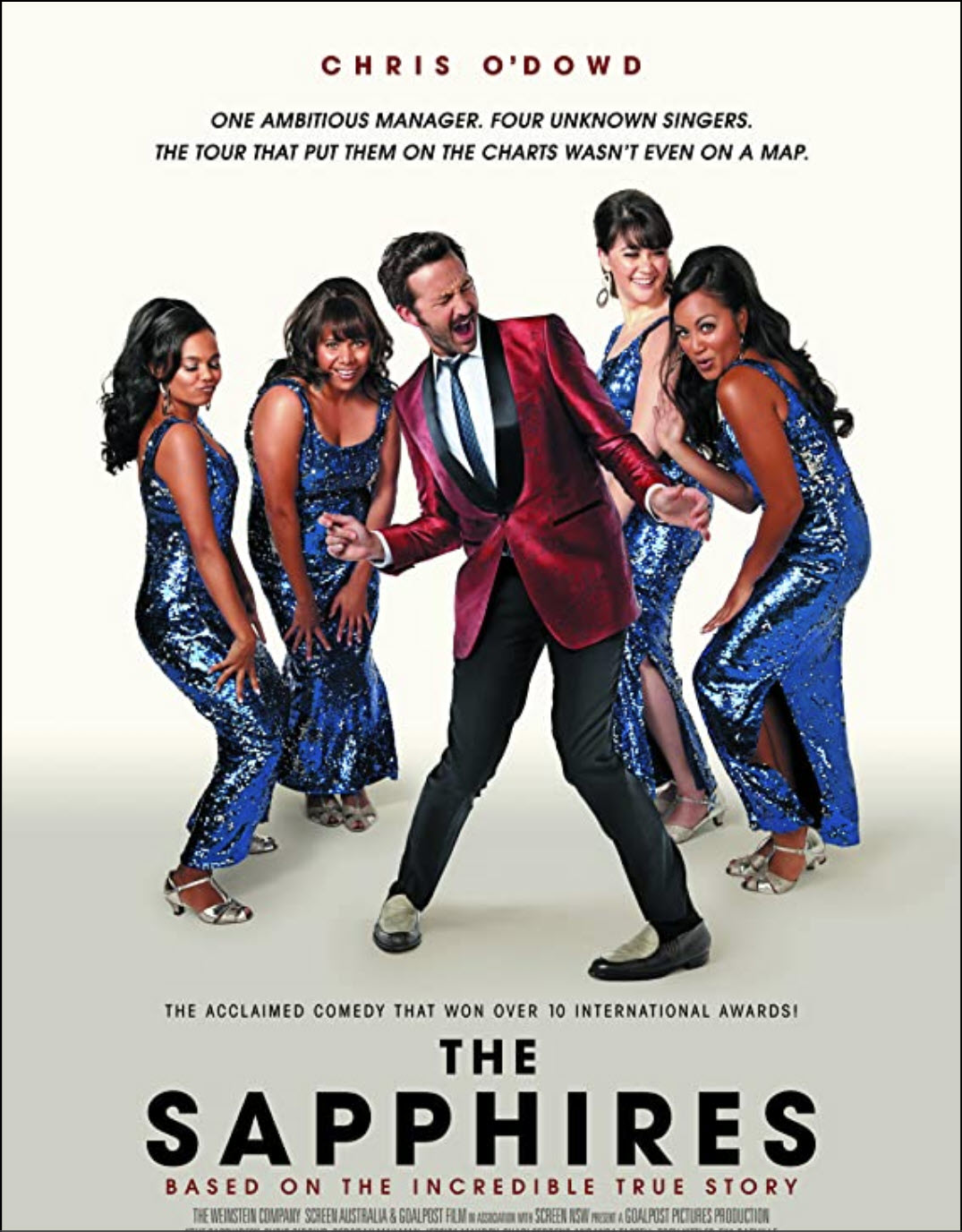 In 1968, at the height of the Vietnam war, there is turmoil all over the world. The American military in in Vietnam, in search of morale boosters for the men, is looking for performance acts to tour the country and play music for the troops.

In Australia, Aboriginals had just secured the right to vote. We in America are focused on American injustice through the centuries, particularly in the genocidal crimes against Native Americans, and then, of course, on slavery and racial injustice that reaches into today. But most of us do not know or realize the suppression, humiliation and subjugation other indigenous peoples have suffered and are still suffering. And that brings us to the injustices against the Australian Aboriginals, one of the oldest cultures in the world.

The Sapphires introduces us to an Aboriginal Family in Australia in modern times – well, in 1968. “Coloreds” are not taken seriously. But there are four sisters, Cynthia, Gail, Julie and Kay, who love to sing, and through a coincidence, are discovered by Dave, a hapless musician and talent scout. He takes them under his somewhat less than impressive wing and signs them up to travel to Vietnam to sing for the American soldiers.

While it was not obvious to the girls what they were getting into, a trip to the bush in Vietnam was nothing like a normal music tour. Events take on their own life when bullets fly and bombs hit all around you without warning.

This movie is based on a true story. It celebrates the human spirit, family bonds, and music, and it portrays the lives of modern Aboriginals in Australia.