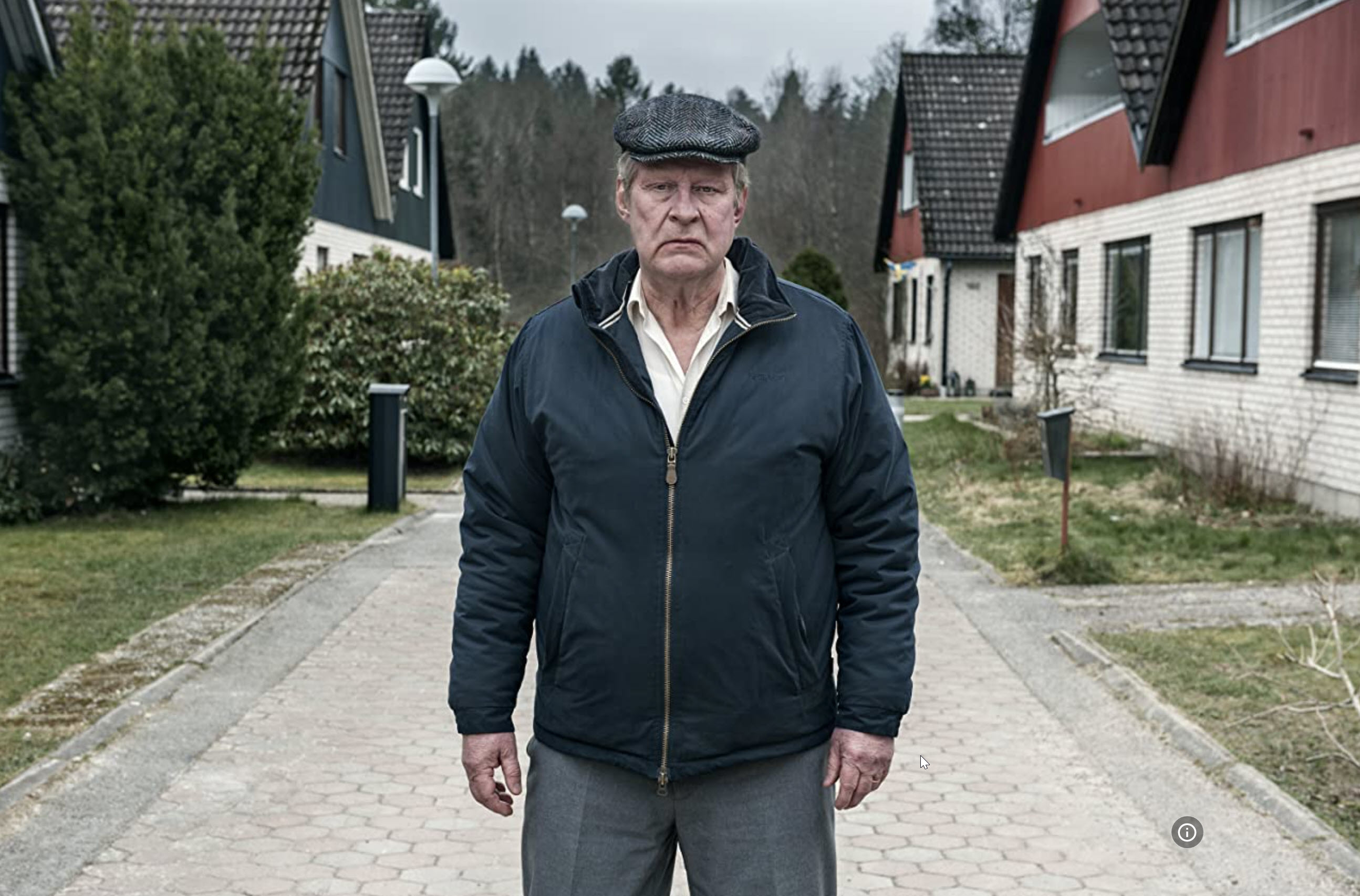 Ove (Rolf Lassgård) is 59 years old and lives alone in a housing development somewhere in Sweden. He loses his job by a forced retirement program. His wife passed away from cancer six months before. He grieves badly and visits her grave every day. He has no relatives or children. He is the self-appointed master of the condominium association of his little community, even when he was ousted a few years before and his friend Rune was made president instead. He does not care about the official roles, and he rules with an iron fist. Daily rounds include checking for garage doors being locked, gates remaining closed. Driving of any type in the community is forbidden, and leaving a bicycle out is a serious infraction. He is a true curmudgeon and the essence of a grumpy old man.

Parvaneh and her family are refugees from somewhere in the Middle East. She has two children, one of them already school-age, and is pregnant with her next. Her husband is not quite handy with driving, cars, and anything mechanical. Ove has them in his sights immediately. They are very different from the Swedish bourgeoise society, and Ove does not like “different.”

Ove is ready to die and he attempts suicide, only to be interrupted by Parvaneh and her family. An unlikely friendship develops, and gradually he gets drawn back into a semblance of purpose.

This is a Swedish film with English subtitles, but it’s easy to follow along. The Swedish village, the gloomy weather, the way the communities are arranged, elicited eerie memories of my childhood in Germany. Things looked just like it. I also could not help but notice that Ove is 59 years old and I thought of him as an old man. Then I realized that I am five years older than Ove and it was a bit frightening. Please, let me not be like Ove.

A Man Called Ove is a well-crafted film about an ordinary man’s life from childhood to retirement. The film starts at the current time, and frequent flashbacks tell the story of how he became the Ove he is today. It’s a comedy of sorts, but it’s full of life’s truths and realities, and it’s an ode to the human spirit, to friendship, to kindness and to the circle of life.