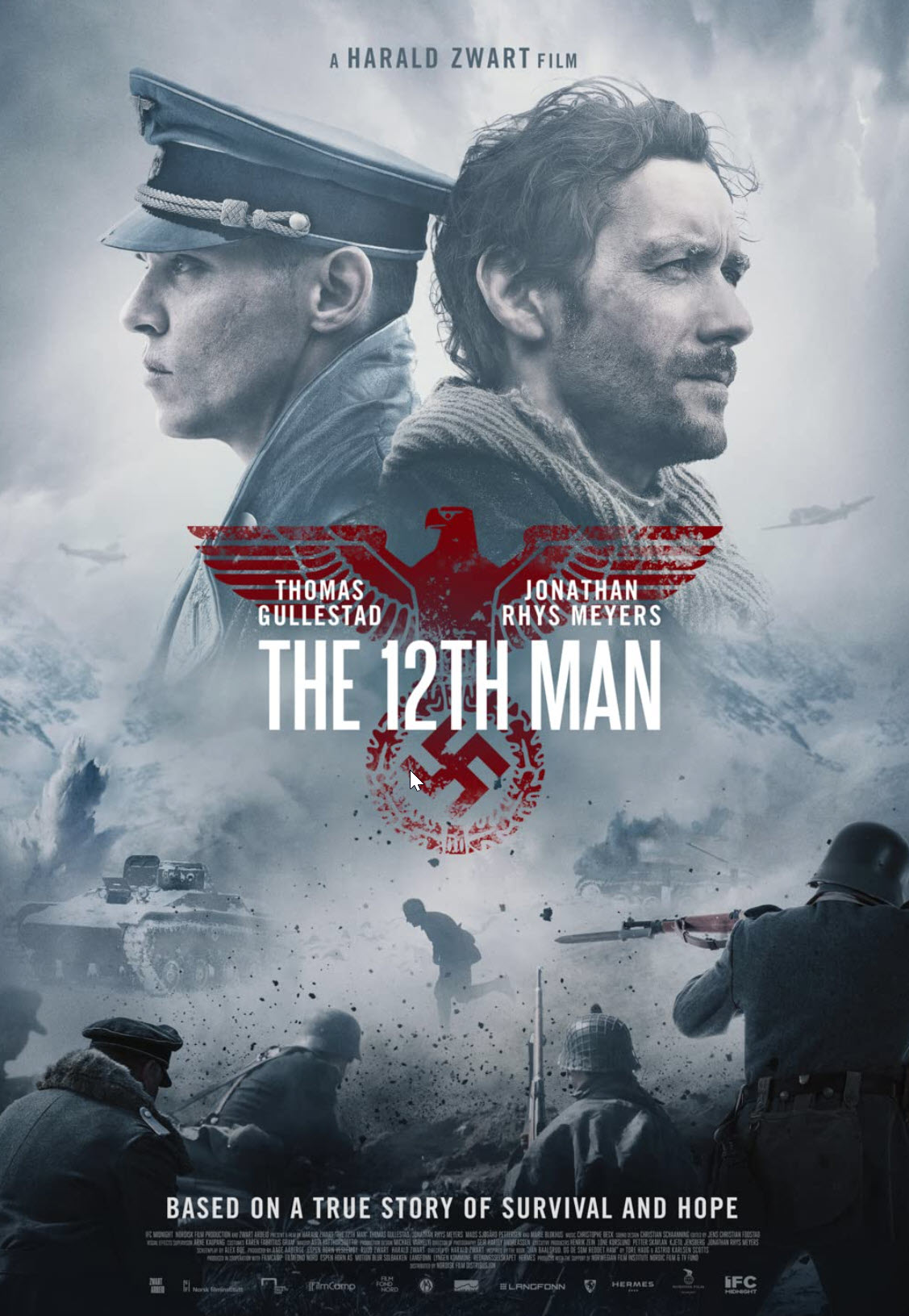 In 1940, the Nazis rolled over Norway and subjugated its people. The British forces trained Norwegian soldiers in sabotage. They then went back and tried to do as much damage to the occupying Germans as they could.

In one mission, 12 saboteurs went to Norway in 1943. The Germans sunk their boat, captured 11 of them, but one got away. This movie is a dramatization of the true story of Jan Baalsrud (Thomas Gullestad), the soldier who escaped. The arctic winter in the north of Norway was as brutal to him as the Nazi patrols trying to capture him.

The 12th Man is a story of survival under the worst imaginable conditions. It is 2 hours and 15 minutes long, in Norwegian and German, with English subtitles. It made me admire the Norwegian people and their resilience. It reminded me of the movie The Revenant, which I reviewed in 2016.

I also remembered that they were the people of the Vikings, who terrorized the northern seas starting around the year 800 and conducted raids against England and France for some 600 years during the Middle Ages. The Vikings were featured in Ken Follett’s the book The Evening and the Morning that I recently reviewed here.