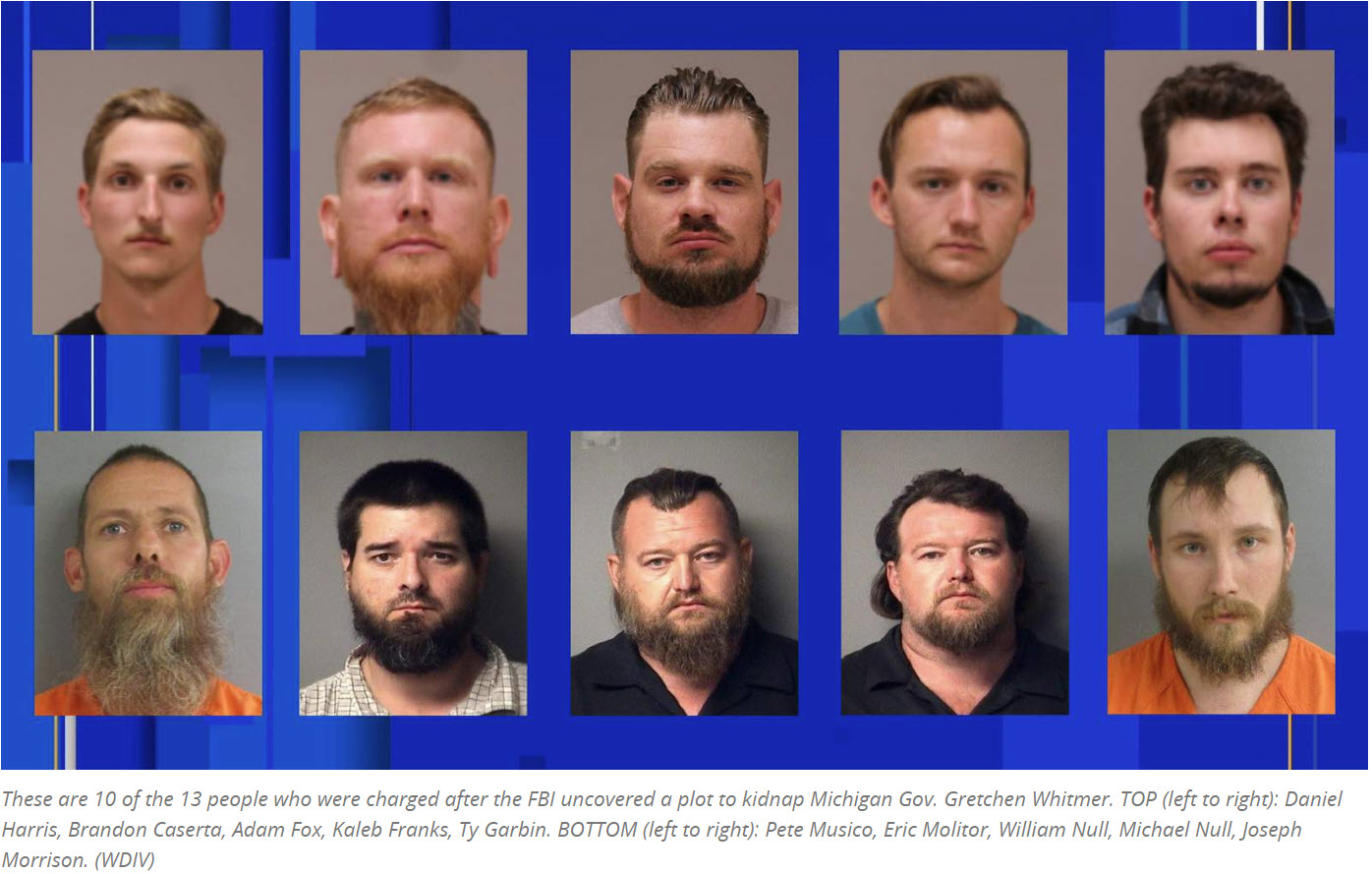 Here are the mugshots of 10 of the 13 would-be Michigan kidnappers.

People who are planning on kidnapping an American Governor and possibly executing her are called terrorists. Since we usually associate terrorism with foreigners, we have narrowed the term down to “domestic terrorists.”

Here are pictures of domestic terrorists. They are all white. I don’t know these 10 men, but I do know our media calls them “white supremacists.” I am actually curious about what goes on in the head of somebody who plans to kidnap and possibly execute a governor. I would like to have a conversation, maybe over a beer in the backyard. What would be their persuasive argument?

But this post is not about the would-be kidnappers. It’s about how our president responded to their story.

If these 10 people where Muslims, with dark beards and Arab head dress, our president would have responded with a further escalation of the ban of all Muslims in this country, and every Muslim American would have had to pay for it with abuse, discrimination, assault in public and pure fear for their safety.

If these 10 people were Hispanic, our president would have told us the Mexicans are murderers, rapists, criminals and needed to be deported, and – by the way – we need to build that wall. All Hispanics would have been further injured and damaged.

But these men are all white.

So the president attacked their victim, the Governor of Michigan. Apparently she had it coming.