I saw this post by a “Bob Clark” on Facebook today. I don’t know him. But his point struck me.

He is completely wrong on his facts. But he writes them as if they were facts. The stock market went from 7,949 to 19,827 under Obama, and now to 21,206 under Trump in his first five months. Averaging this out over eight Obama years, this is not a rally, it’s just the continuation of Obama’s slope.  How Trump can take any credit for this is beyond me. How Trump supporters bolster their arguments is dumbfounding.

The DOW more than doubled under Obama. When Obama took office, it was in freefall. We were worried about total economic collapse. Remember?

Here is the graph: 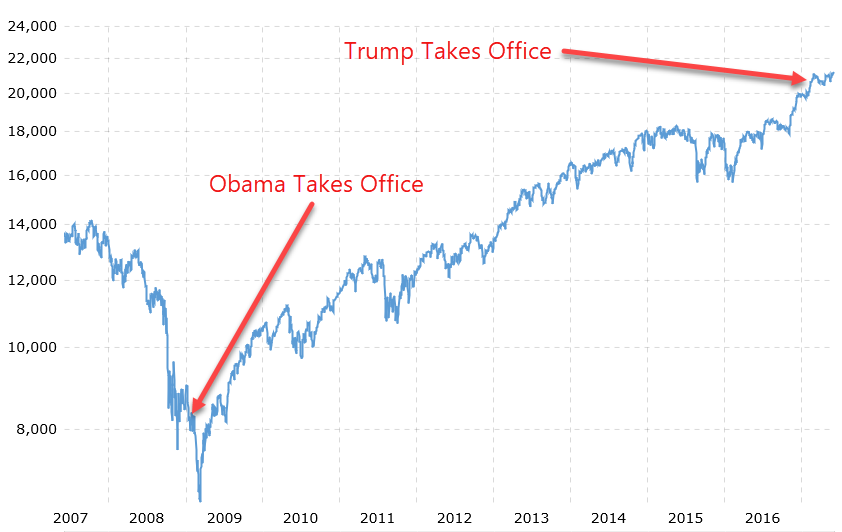 This looks to me like the slope of the graph has simply continued the way it was going under Obama.

The current rally in the stock market is mostly due to tech stocks, like Amazon and Apple. I am not seeing any rise in oil or coal, but granted, defense contractors, like Lockheed and Boeing are going to see bumps from the Saudi arms sales.

And calling Trump a racecar?

12 thoughts on “Stockmarket under Obama and Trump”