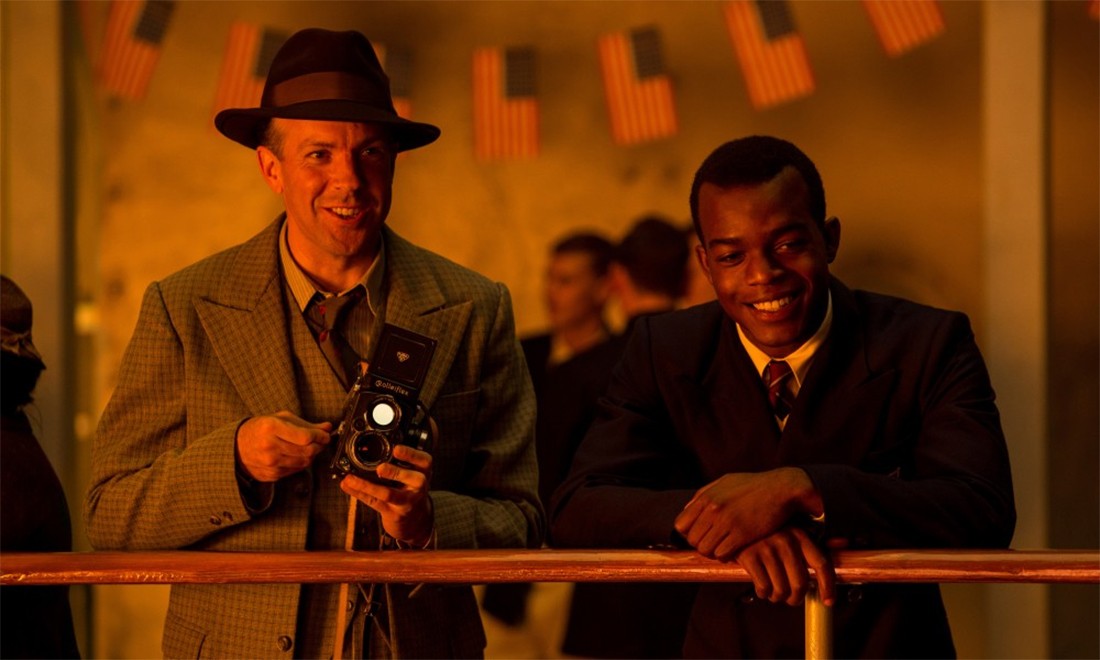 Jesse Owens wanted to be the world’s greatest track and field athlete in history. There were only three problems: He was black, he lived in the 1930s in the United States, and the 1936 Olympics would take place in Berlin, at the height of the Nazi regime, which taught that blacks and most other races were inferior to the Aryan race – whatever they cooked that up to be.

The title “race” appears to be a double-entendre, which interestingly only works in English, where we use the same word for running a “race” and he human “race” evident in the color of one’s skin, among other things. That’s not the case in any other languages.

The movie Race is an inspiring drama about human determination, courage, and friendship. We all knew the outcome. Jesse Owens did what no other Olympic athlete in his sport had done before, and by his performance he humiliated the German regime. He did it with grace.  He became a legend. And yet, at the end, he couldn’t even enter the hotel where a banquet was held in his honor, through the front door. He had to go in through the kitchen.

It was rewarding to watch Race in an age where the President of the United States is a black man. We have come a long way – yet we still have a long way to go.

Race is a timely movie and a rewarding experience to watch.