I was at the market shopping for a steamed vegetable meal. I bought potatoes, carrots, broccoli, cauliflower, Brussels sprouts, zucchini, yellow squash, a couple of red onions and some red cabbage. Boring. The same old fare. I wished we could invent another vegetable, something exotic and new. Then I brushed away the thought. Nature only gave us these. It does not make any more.

When I got home, I researched vegetables, and there was a massive surprise in store for me.

In Southern California, wild mustard (Brassica) is a highly successful weed. In grows in all types of soils in  the spring, it does not need much water. The leaves on the bottom are meaty and dark green, a little hard. The stems get very tall, chest-high in some cases, and are sprinkled with yellow flowers.

The mustard plant was well-established during Roman and Hellenistic times and it was cultivated in Europe and Asia, particularly on the slopes of the Himalayas. Lore has it that it was introduced to the Americas by the conquistadors and missionaries. Supposedly they planted the fast sprouting seeds to mark their trails. It created a yellow (brick) road along the routes they traveled. Now, a century or more later, in the spring and early summer, the California hills are covered with a yellow sheen of wild mustard. The yellow brick road has become a wall-to-wall carpet.

In America, it is considered an invasive weed in many areas. Each plant can produce thousands of seeds, so in areas where it encroaches on agricultural crops, it is considered a pest. It sure was when I had a large yard. There were mountains of the weed when I was done pulling them.

To my utter surprise, I just found out that wild mustard is the base plant from which many of our vegetables are derived by artificial selective breeding. 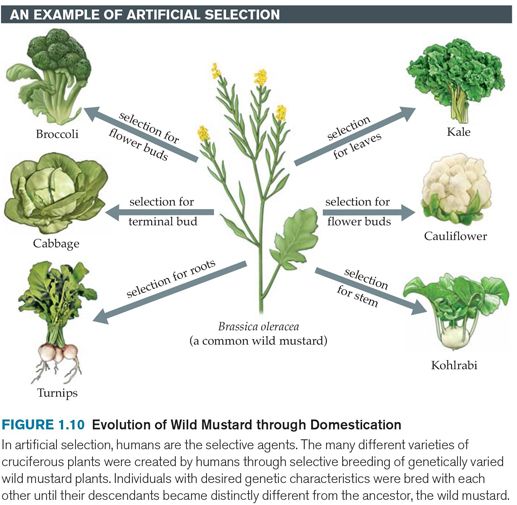 Let’s develop a new vegetable, shall we? I know what plant to start with.

One thought on “Introducing Wild Mustard – the Super Weed”