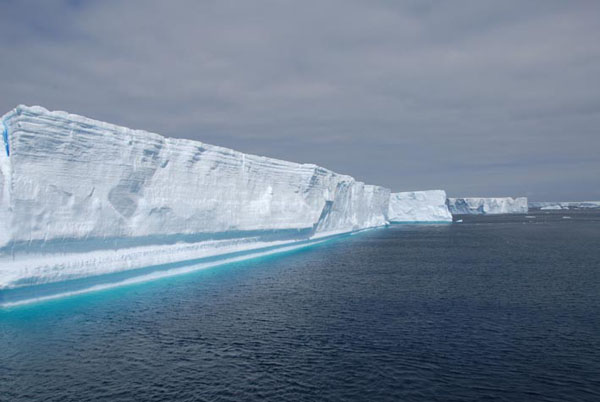 NASA has published an online study in the journal Earth and Planetary Science Letters which suggests that the Larsen B Ice Shelf among other ice glaciers in the Antarctica is fast collapsing and losing its shape due to global warming and other environmental factors, and that the ice sheets could be gone by 2020.

I know that Ted Cruz is what we call a “climate denier.” That’s a person that believes that either the world is not warming at all, or, if it actually is warming, it is part of a natural cycle and we can’t do anything about it.

Notwithstanding that the vast majority of climate scientists do not agree with that opinion and assure us that climate change is proven to be anthropogenic, Ted Cruz wants to stop NASA from studying climate related subjects.

Anthropogenic or not, if the Larsen B Ice Shelf disintegrates by 2020 and allows further glaciers behind it to slip down into the ocean, we’ll see some serious real estate implications in the next 20 years in Miami, New York, Boston, San Diego, Seattle – to list only a few obvious U.S. cities affected.

So Ted Cruz wants to gag NASA, the one governmental body by far the most qualified to study this issue in the world, and most likely the best at it. I don’t understand the rationale? If you don’t study a phenomenon, you won’t understand it with certainty. Studying and learning never hurts. Even if the warming is natural, the implications are serious, and we need to prepare for them.

Yet, Ted Cruz wants us to stick our collective heads in the sand. Why? The only motivation I can come up with is giving more time to Koch Industries, Shell, BP, Chevron and Exxon Mobile to rape the world.

Some responsible leaders we have elected.

One thought on “Ted Cruz and NASA – Take Two”