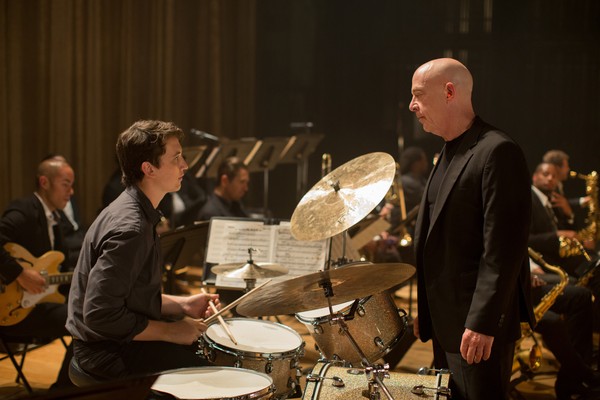 Andrew Neyman (Miles Teller) is an extremely ambitious music student at an elite New York City conservatory.  Terence Fletcher (J. K. Simmons) is a music teacher who is renowned for his teaching talent but also feared by the students because of his methods. He runs his band like a drill sergeant in boot camp treats the recruits. Only those students with supreme talent who are utterly dedicated to their quest by driving ambition can make it through Fletcher’s program.

Andrew is a jazz drummer. He practices until his hands bleed. The title Whiplash comes from a piece of music the band keeps practicing. I don’t know much about music, and I don’t particularly like jazz. I always thought that jazz is mostly improvisation, just a few guys getting together and jamming. After watching Whiplash, I have a whole different view of music in general and jazz specifically.

J.K. Simmons won the Oscar for Best Supporting Actor in 2014 for this role. I believe he deserved it.

The two protagonists carry the entire movie with intensity and passion. Student and teacher are both obsessive and work their music as if their lives depended on it. The final showdown provides an intense climax and a satisfying ending.