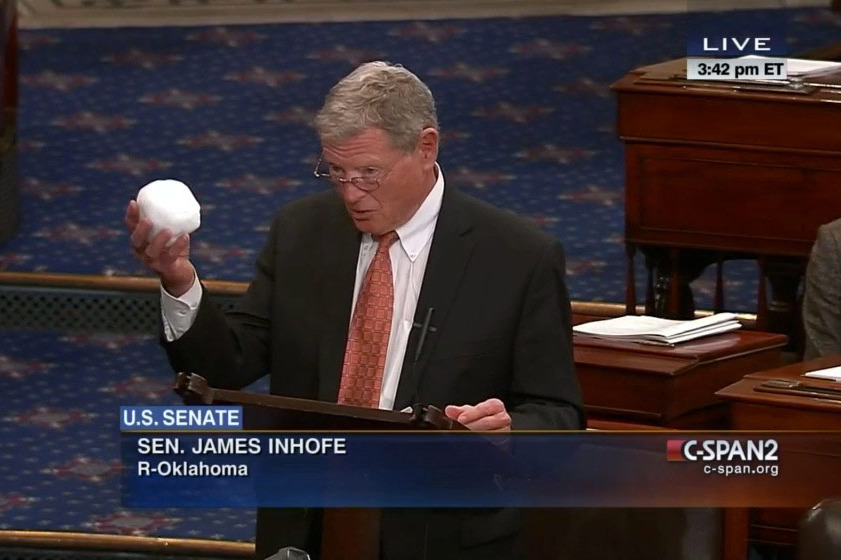 Senator Inhofe tried to make the case that global warming is fake because it is currently very cold in the Eastern United States. It is indeed right now unusually cold in the Eastern United States, but the planet on the whole is having an unusually warm year. We here in California have had unseasonably warm weather, but Inhofe probably hasn’t been here in a while. To make his point, he held up a snowball and dropped it on the Senate floor.

How can Senator Inhofe expect us to treat him with any respect?

Throwing that snowball would be like me holding up a Big Mac and claiming that world hunger doesn’t exist.

Senator Whitehouse does a wonderful job setting the Senate straight: You can believe every major American scientific society, or you can believe the senator with the snowball.

The scary thing is, Inhofe chairs the Senate’s Committee on Environment and Public Works. How likely is an Inhofe-chaired committee to pass well-designed environmental legislation?

How likely is the Republican Party to gain the respect of the educated and scientific community in our country with flag bearers – and snowball throwers – like Inhofe in the lead?

3 thoughts on “Paying Homage to the Senator with the Snowball”