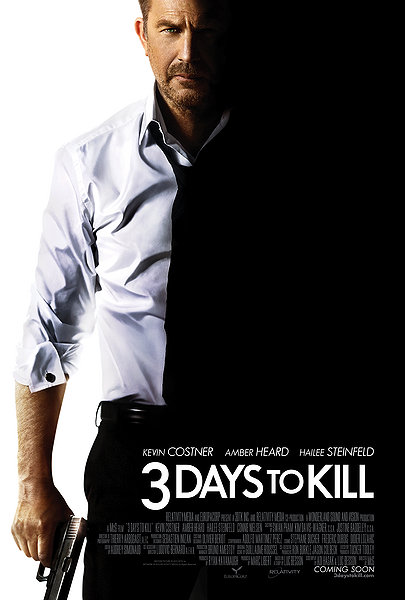 Reminiscent of the Taken series with Liam Neeson, Kevin Costner is a badass CIA type spy who can beat up and kill bad guys and terrorists like no other. He is in Paris. His estranged wife and daughter live there. His daughter is a typical teenager who does not want anything to do with her father. This relationship between the daughter and the father makes this a slightly humorous family drama.

Now he is really pissed.

Kevin Costner’s acting saves this movie from the abyss. There are exciting car chases, gun fights and kickass sessions that keep the action moving, but it’s all stuff we have seen before, with Bruce Willis and Liam Neeson. We really don’t need it with Kevin Costner.

One thought on “Movie Review: 3 Days to Kill”