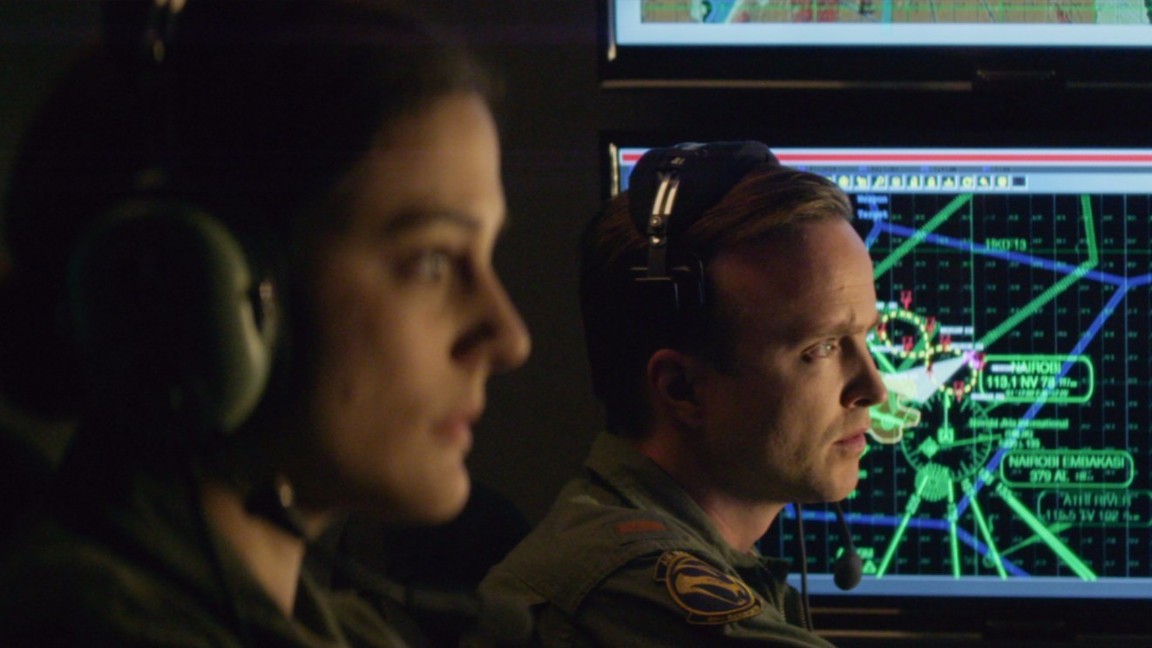 Warfare, during the times of the Spartans, or the Romans, was conducted by highly trained men with swords going at each other. In the American Civil War, lines of men, shoulder to shoulder, shot at each other with muskets and as the lines dropped, battles were won.

But now is the time of killer robots in the sky. Well, not quite yet. Let’s give it another few decades before we need to worry about the science fiction killer machines that descend on the world and kill humans. Right now, the killer machines are called drones and their use has been perfected over the last decade or so. The Obama presidency is marked by the use of drones.

The “pilot” sits in an air-conditioned trailer outside Las Vegas, surrounded by video screens, flying a with a joy stick like in the video games he grew up with, and directed by a colonel through a set of headphones.

The “commander” could be anywhere else in the world, like in the Pentagon, in the White House, or, as in the case of Eye in the Sky, somewhere in England.

The “ground troops” are individuals or commandos near the target, in this case somewhere in Somalia.

The “generals” are sitting in their war rooms, directed by politicians out playing golf. In this case, the politicians are taking a break from their Ping-Pong game in China to give the order that will have people killed.

The “players” of this war are spread all over the world.

But ground zero is a shack in a slum neighborhood in Somalia, which just happens to contain five major terrorists at the same time – and therefore needs to be taken out. If only there were not a young girl selling her bread on a stand just outside the walls of the house in the crosshairs. If the missile is launched, surely she will die. And all participants know it, except for the one who gives the final order – by being interrupted in his Ping-Pong game.

Eye in the Sky is a riveting account of the moral implications of modern warfare, where immense damage can be inflicted on innocent lives on the other side of the world by the simple push of a button on a joystick in the Nevada desert.

Eye in the Sky is reminiscent of the 2015 movie Good Kill, where the same type of moral conflict is highlighted. There is no way to walk away from this movie without being aware of the immense responsibility of the commander-in-chief who literally decides if someone lives or dies. This is even more relevant today during our tumultuous election season, where there is at least one candidate who seems to be proud of showing the world that he does not care about anybody but himself.