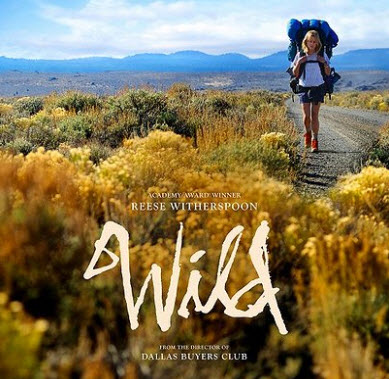 I went to see Wild because it was the top-rated movie this Christmas season, with 92% on the Tomatometer.

Wild is a movie about hiking the Pacific Crest Trail, or PCT, as it is commonly called. That’s how it’s presented.

But that’s not really what it is. Wild is a movie about a young woman growing up in middle America with disadvantages, lots and lots of disadvantages.

The movie is based on the book of the same name by Cheryl Strayed that came out a few years ago. 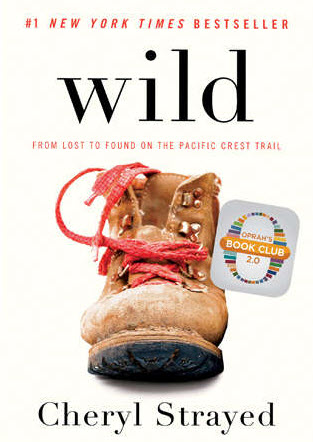 I never read the book. Checking the cover, and trusting the reputation of Oprah’s Book Club, I decided that this was a chick book and it wasn’t for me.

I entered the theater to watch the movie only because of all the choices it was the highest rated. You might say I entered with prejudices.

Cheryl (Reese Witherspoon) and her little brother grew up mostly with their single mom Bobbi (Laura Dern), who left her abusive husband when the children were little. They were poor, mom working waitressing jobs just to keep things together. Bobbi got cancer at the age of 45 and died rapidly. The children tried to cope, each in their own way. Cheryl ruined her own marriage through her adulterous ways.  After her divorce she skided into self-destruction, seeking abusive male relationships, descending into the fog of the drug culture all the way to shooting up heroin. Somehow she decided to pull herself up by her bootstraps and hike a portion of the PCT. The hike of over 100 days was supposed to clear her foggy mind and extract the demons that haunted her life.

The movie starts out with hiking scenes, but is constantly interspersed with flashbacks to Cheryl’s childhood, youth and young adult life of self-abuse. The flashbacks are sometimes only seconds long. While lots of flashbacks in a movie sometimes make it disjointed, it actually works quite well here, since the scenery of the two lives are so vastly different.

The scenes on the trail are nature, tents, backpacks, mountains, meadows, snow. Unmistakably the present. The scenes in the flashbacks are mom, children, naked bodies, drugs, wife beater guys and life in run down houses. So I always knew what part of the story we were in without getting confused.

Being a hiker, I looked forward to the hiking parts, but hiking is basically boring, hours and hours of setting one foot in front of the other, surrounded by breathtaking scenery that you don’t even see, because you are hungry, thirsty, tired, and can’t wait for the next four miles to be over so you finally reach your destination and camp. Hiking does not an exciting movie make.

But the parts about flashback life are more interesting. Sex, drugs, illness, drama, all makes for a story to tell. So it is not surprising that’s what the movie makers focused on to move the story along. And it worked. Getting some frontal nudity of Reese Witherspoon probably also attracted a viewer or two.

Cheryl “only” hiked a part of the PCT, about 1,000 miles, from the Mojave desert to the Bridge of the Gods, the cross-over from Oregon to Washington. The actual Pacific Crest Trail is a 2,650-mile ribbon of dirt and rock that runs from Mexico to Canada through California, Oregon and Washington. If you want to learn about what it’s really like to hike the PCT, you can check out the following blogs, all by people who hiked it just this past 2014 season.

These people didn’t hike 1,000 miles in 100 days, they hiked the full PCT 2,650 miles in 110 days, give or take a few. These are the badasses of ultra-light long-distance hikers, and their blogs are enlightening. This is where you learn about hiking.

But this is not a review of long distance hiking, it’s a review of the movie Wild. Cheryl Strayed, with her book and this movie, has put some spunk into PCT hiking, I am sure, and there probably are a number of people who went on the trail due to it. Not a Chance, somewhere, says that people keep asking her if she knew Cheryl Strayed, and she keeps answering “Cheryl hiked the PCT in 1992 when I was a toddler!”

The hikers I listed here didn’t affect the image of the PCT anywhere near how Cheryl did with her book and now movie. But then, Cheryl didn’t start out her hike wanting to affect hiking, the PCT, or the hiking world. Her story was about overcoming the demons of life. We are not all lucky enough to be born into affluent and functional families, with clean college educations, parents that can afford to send us to Harvard or Stanford. Many, many of us are born into much less fortunate environments. So it was for Cheryl. She chose hiking to expel the demons, and it seems she was successful.

And, in the process, she greatly popularized the PCT.

Wild is a wild ride, with stunning scenery, some suspense, good entertainment value, and no doubt a learning experience for viewers – particularly those that know nothing about hiking.

Portland you’ve been so beautiful, but I know that that’s the way the summer goes. Summer is when everyone forgets about the winter. The damp grey skies, the salad mister rain. The mornings so dark you have to turn all the lights on when you wake up. The way everyone struggles. Being here now makes me almost want to live in Portland again, but I know too that this is not the frumpy, disheveled city that I came of age in. This new city is full of beautiful, monied yuppies, who work tech jobs and spend their evenings “trying new restaurants”. Maybe, one day, when I’ve made my fortune, I’ll come back, and buy expensive products for my hair. Until then I’ll live in exile in the hinterlands, with all the other people who look like they got dressed in the dark.

July 23, 2014, was not a perfect choice for a hike in the Adirondacks, but it was the only one open in my calendar. Thunderstorms were in the forecast, with a 40% chance of rain.

I had big plans, bagging a 4-peak-victory, first summiting Algonquin Peak, the second highest mountain in New York, then hopping over to Boundary and Iroquois Peaks on a minimum maintenance trail (this means no trail and no markings, only visuals of the peaks ahead), and then on the way back making a 0.4 mile each way excursion to Wright Peak, she “shortest one” of the four, at 4,580 feet altitude the 16th highest peak in New York.

But that was all just wishful thinking of my boundless energetic mind long before I had to put step in front of step.

I arrived at the trail head at Heart Lake at 5:40am and was walking by 5:50. It was dark and gloomy and the cloud cover was low. The first mile meandered through thick woods and marshland. Eventually it started climbing steadily.

The trail got rocky very quickly. If the above does not look too bad,  check  this out below: No, this is not a dry brook, it’s the trail. Somewhere around this point I passed another hiker that said this trail was much easier in the winter, because there were no rocks, just snow. Good point. I had never thought of that. I could carry up skis and come back down in no time. Hmmm. After about an hour and a half I came to this sign. I decided that my proper gear was hiking boots, trekking poles, and an extra long-sleeve shirt, windbreaker, down jacket and rain poncho in my pack, just in case. I was ready to go on. Then it became decision time at 3.4 miles into the trail. The extremely rocky trail had already worn out my feet and knees and I had to be careful not to twist ankles or stub toes too much to save energy for the long return.

By this time, the sky around me was all socked in and while it didn’t rain yet and I didn’t hear any thunder, it seemed like it could start any time. Dreams of Algonquin and peaks beyond faded, and I decided to conquer Wright Peak first by taking this left turn and going up another 0.4 miles to the peak from this point. I could decide later if I wanted to move on to Algonquin or turn around when I got back to this junction. But what a 0.4 miles it was. This was the view east right from the sign above, showing the first section of the trail. Yes, the “wall” in the back was a slab of solid granite to climb up on, and the only way to do it was to let the tread on my boots do its gripping and trusting the boots. This is a nice exercise if you ever want to build your calves. It kept going like this on steep slabs of rock. About halfway up the last 0.4 miles I had a good view back to Heart Lake, where I had parked my car at the trailhead. The clouds below were so thick, the lake was only visible seconds at a time and then it disappeared again. I found a good moment to shoot this picture. Finally, the peak was within reach. Just a few more minutes. And here I was standing on the very top at 4,580 feet (which seems not much of an altitude for a Californian) but I was spreading my arms to keep my balance and prevent being blown over by the fierce wind whipping me around. The camera was sitting on a little rock ledge what was sheltered from the wind. When things cleared up for a moment I took another picture looking south from the peak. This is a view toward the southwest and Algonquin, which is not really visible. I decided right there that I would not be attempting that mountain that day. A hundred yards to the north of the peak is an airplane crash site, marked by a plaque. Four airmen lost their lives in a crash of a B-47 here on January 16, 1962. There is also still some debris from the plane collected there and strewn about the general area. To give you a sense of the whipping wind at the top, here is a quick panoramic  video. I narrated over it but realize now that I didn’t speak anywhere near loud enough. I would have had to scream:

After I got to my cozy hotel that night I watched a PBS special about orangutans as I passed out after a long day on the trail and then in the car.

As I recollected my “rough” eight miles on the road, I remembered a blogger I follow, named Carrot Quinn, who is currently hiking the Pacific Crest Trail (from California to Mexico). She and her friends have been hiking 30 miles a day, every day, on their quest. I always thought that at age 57 I was a badass hiker, but Carrot and her buddies would leave me in the dust in minutes. When I checked  her blog today, titled Day 90: Hypothermia in Oregon in July, I found with amazement that Carrot and her friends had been watching the same documentary about orangutans on the same day after a very hard section on the Pacific Crest Trail.

They have me in awe.