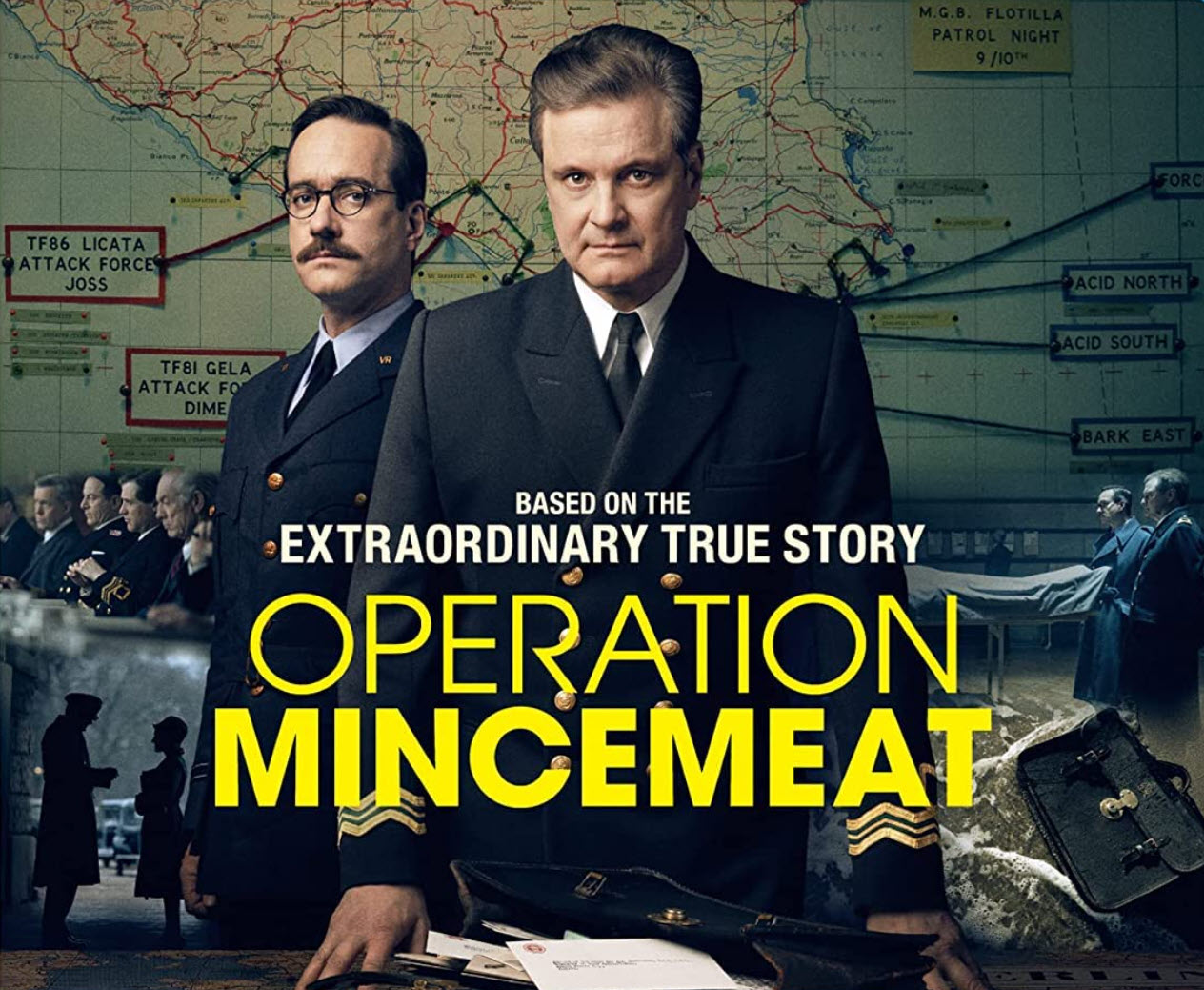 In World War II, the British need to deceive the Germans that they are about to attack Greece, turning German attention away from Sicily, their actual target.

To do that, they float a corpse of a British officer in the ocean to be found by the Germans. The officer holds a briefcase of classified material, fabricated to support the story. The problem is, how to make it convincing and foolproof. The Germans are smart and the whole plot turns into a game of “do they know that we know that they know that we know?” Thousands of lives of the soldiers attacking Sicily on the fateful day depend on the Germans falling for the ruse. If they don’t, it will be a bloodbath on the beaches of Sicily.

Operation Mincemeat shows the shadow warriors behind the scenes, who do their work from desks. It’s a spy thriller, based on a true story.