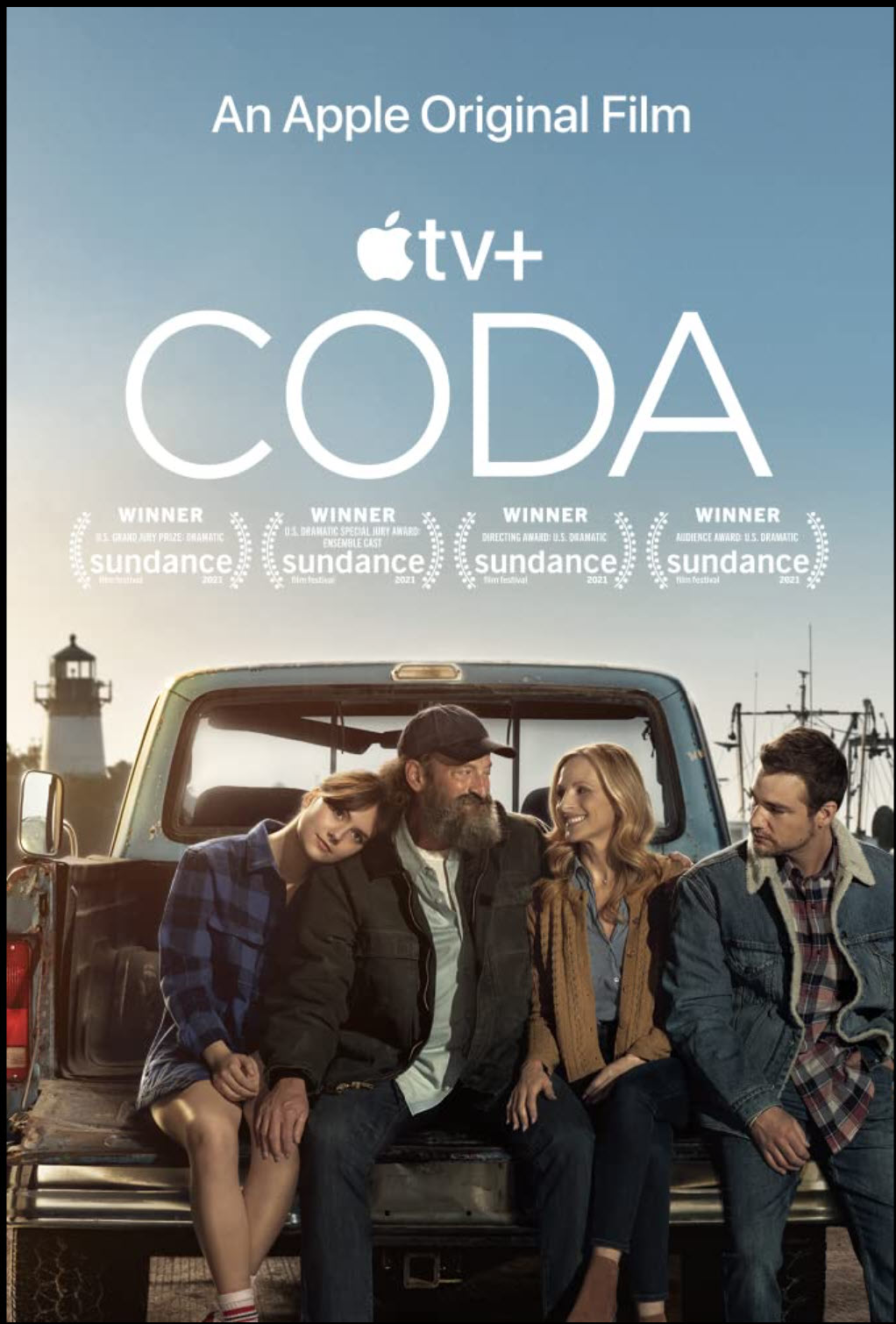 Alright, before I get into the movie itself, it’s important to note that CODA is a “highly decorated movie” with three Oscars.

First, it won Best Picture of the Year, and by doing so it became the first movie produced by a streaming service to win Best Picture. This is an Apple Original Film, which by itself boggles my mind. I still remember when Apple became a company in 1976. Who would have thought that the company would eventually become the most valuable company on the planet – and, as a computer company, it would produce Oscar-winning movies?

And finally, Best Performance by an Actor in a Supporting Role for Troy Kotsur, who is also the first ever deaf actor to win an Oscar.

And boy did he win that Oscar, alone for the “my balls are on fire” scene at the doctor’s office.

I watched this movie on the airplane from London to New York, starting about two hours into the flight. The windows were all darkened, I sat in a window seat in the exit row, headphones on, and I was outright crying during the ending scene, when Ruby, the lead, sang Clouds From Both Sides Now in the ending scene. The man next to me was into his own movie and so I had my privacy. After wiping my eyes dry when it was over, I pulled up the window shades and looked down on the clouds of Greenland – from above.

Ruby Rossi (Emilia Jones) is the only hearing person in her family. Both her parents and her brother are completely deaf. They operate a fishing boat. Ruby goes out with them early in the morning, they bring in their catch, they take it to the market, where Ruby leads a key role as the family’s communicator and negotiator, all before she gets ready to go to high school.

While life as a fishing family is hard, not only brutally hard and dangerous work on a boat, but also hard to make ends meet in a fickle market, the Rossi family is happy. The parents are madly in love and can’t seem to keep their hands off each other. They have wild sex in their bedroom with no thought to the fact that Ruby can hear the ruckus all over the house.

But what could Ruby possibly be interested in for her own life that is about as far removed from the appreciation of her family as it can get? Ruby has a passion and great talent for singing. Her parents need her on the boat and for the family business, and Ruby wants to pursue a life, passion and career that they can’t even comprehend, let alone appreciate?

So here you have it all, a powerful story, an emotional subject, a clash of cultures, and world-class acting – yes, a deaf man acting as a deaf man. It does not get any better than that.

I have seen clouds from both sides now….