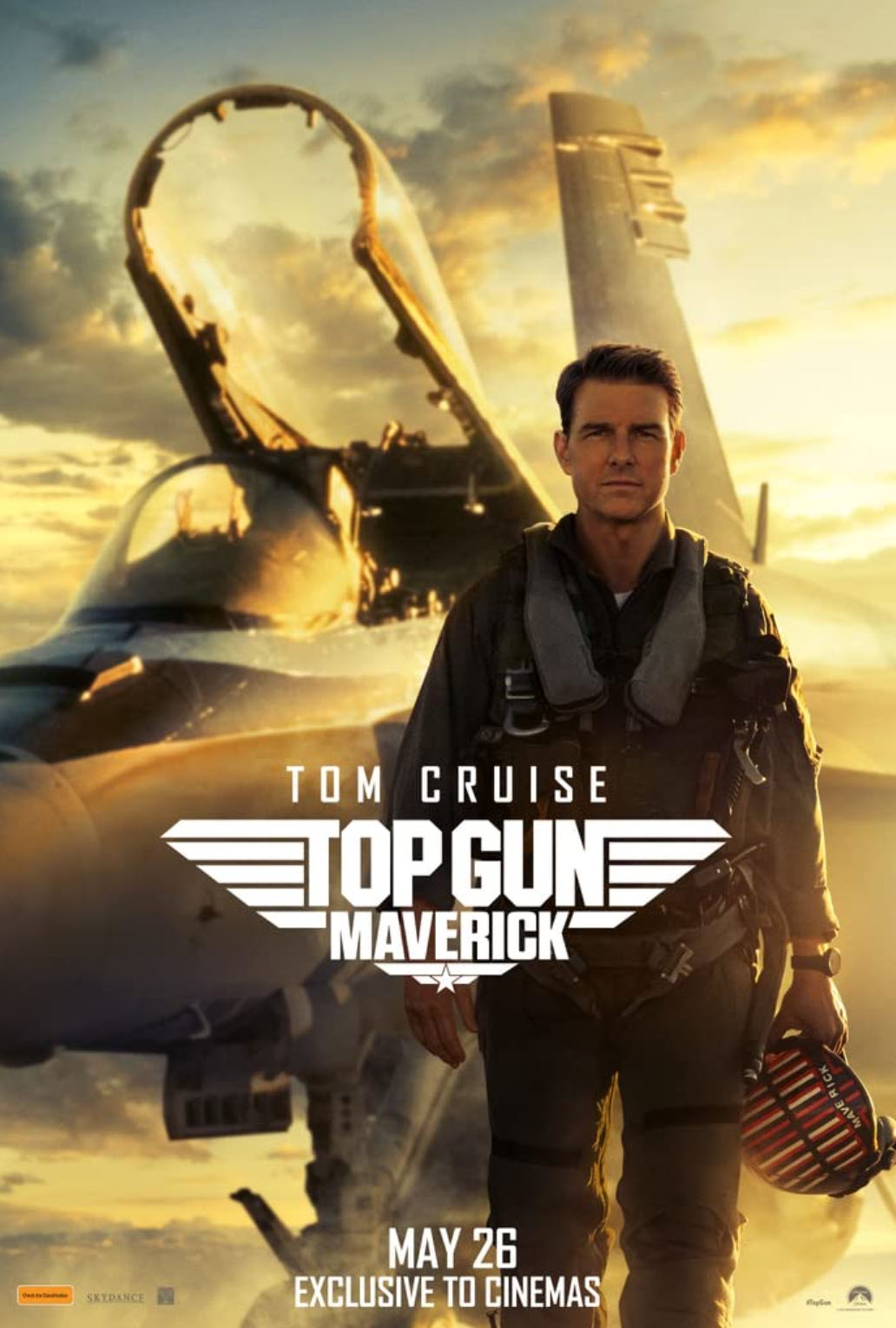 Captain Pete “Maverick” Mitchell (Tom Cruise) is one of the Navy’s most decorated and skilled aviators after thirty years of flying fighter planes. Most of his companions from his years at the Top Gun school outrank him by two or three stars. He has purposely dodged being promoted to admiral so he could remain in flying status.

As one of the most skilled test pilots, he is called in to lead a mission in the Middle East that is nearly impossible. He trains a group of pilots half his age, but he uses his maverick instincts, much to the dismay and disapproval of his superiors.

Top Gun is a well-crafted sequel to the original 1986 movie. It’s full of tense flying scenes and I am sure any aspiring or actual pilot will very much enjoy it. I have to admit that the movie far exceeded my expectations. I enjoyed the story, the cinematography, the sound track and the acting. Even the plot made sense and tied very well back to the 1986 edition, with some of the key characters woven into it now.

Of course, I had to disregard a number of impossibilities, one of which I’ll describe here without it being a spoiler. At the beginning of the movie, Maverick makes a record-breaking flight on a new concept aircraft similar to the famed SR-71, only with today’s technology. To advance in the contract, the plane has to meet a milestone of flying Mach 10 – which is ten times the speed of sound. For comparison, the SR-71 holds the aircraft speed record of Mach 3.3 at an altitude of 85,000 feet. At that speed, the aircraft heats up the 450 degrees F near the back of the aircraft. When fired upon, it can simply outrun the missiles shot at it. Well, Maverick reaches Mach 10.3 when the aircraft breaks up. In the next scene, he is walking into a restaurant in the desert, a little battered up, helmet in hand, asking for a glass of water.

Needless to say, the human body would be torn apart by the g-forces and then burned to a crisp flying near space at Mach 10 without the protection of an aircraft around it. There is no way Maverick could have survived the fall from that altitude and speed to see another day. But it’s Top Gun, right, and we like our heroes.

Once I discounted all the crazy impossible stuff, what’s left was a very enjoyable movie that kept me at the edge of my seat.