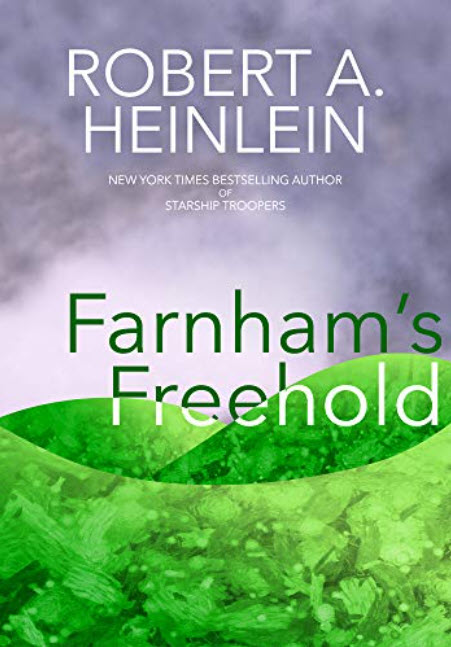 It’s the early 1960ies somewhere in Colorado near a military facility.

Hugh Farnham is a fifty-ish former soldier with an alcoholic and self-indulgent wife and two grown children. Like many of his contemporaries during the cold war, he is worried about nuclear war and has built a fully stocked bomb shelter under the ground in his back yard. One evening, when both his children are home, and his daughter brought a girlfriend, they play Bridge when suddenly the alarm is broadcast. There are incoming ballistic missiles. “This is not a test!”

Hugh and his family and friends, along with their negro house employee, move into the bomb shelter just in time to avoid the first nuclear blast right above them. Now Hugh’s planning and survivalist skills come into play.

There are several blasts. The last is the most severe, and somehow the bomb shelter along with all its occupants is catapulted some 2,000 years into the future. American (or what’s left of it) society at that time is very, very different. Eventually the Farnhams find themselves taken prisoner and enslaved. In the effort of trying to cope with their hopeless situation, they learn more and more about the local customs, traditions, science and history. Hugh is a free spirit who never gives up hope, and he meticulously plans his escape.

I read Farnham’s Freehold many years ago, but I had forgotten just about everything about it. A friend recommended it as a classic Heinlein with time travel (albeit involuntary) as a central plot construct. We all know that Heinlein was a master of his craft, and Farnham’s Freehold is no exception. In typical Heinlein style, there is very little exposition. The characters talk constantly, and through dialog Heinlein tells the story. Everything comes to life. Of course, there is some nudity and sex – there always seems to be in Heinlein novels. The plot is meticulously crafted.

Have you ever found yourself reading the beginning of a book sort of absentmindedly, because you can’t get into it, but as you progress, you get pulled in? And then, when you get toward the end, you realize you missed something  at the beginning, so you stop where you are and start over again? Well, that’s exactly what happened to me. Once I got to page 322, I just had to check the beginning, and I went back to read the first 40 pages again, and sure enough, there were significant events there that contributed to the story that I had missed. Generally, when that happens to me with a book, it’s a pretty good one.

Farnham’s Freehold is an apocalyptic tome, a survivalist story, a time jump into a distant future with a very alien culture, and a neat plot twist at the end that makes it all worthwhile.