Devin was a Boy Scout when he was little. The picture below was taken of the two of us the morning after camping with his troupe at a Boy Scouts camp in Balboa Park in San Diego. I don’t have any exact record of the date, but I am guessing it was 1995 or 1996. Devin was seven or eight years old then. 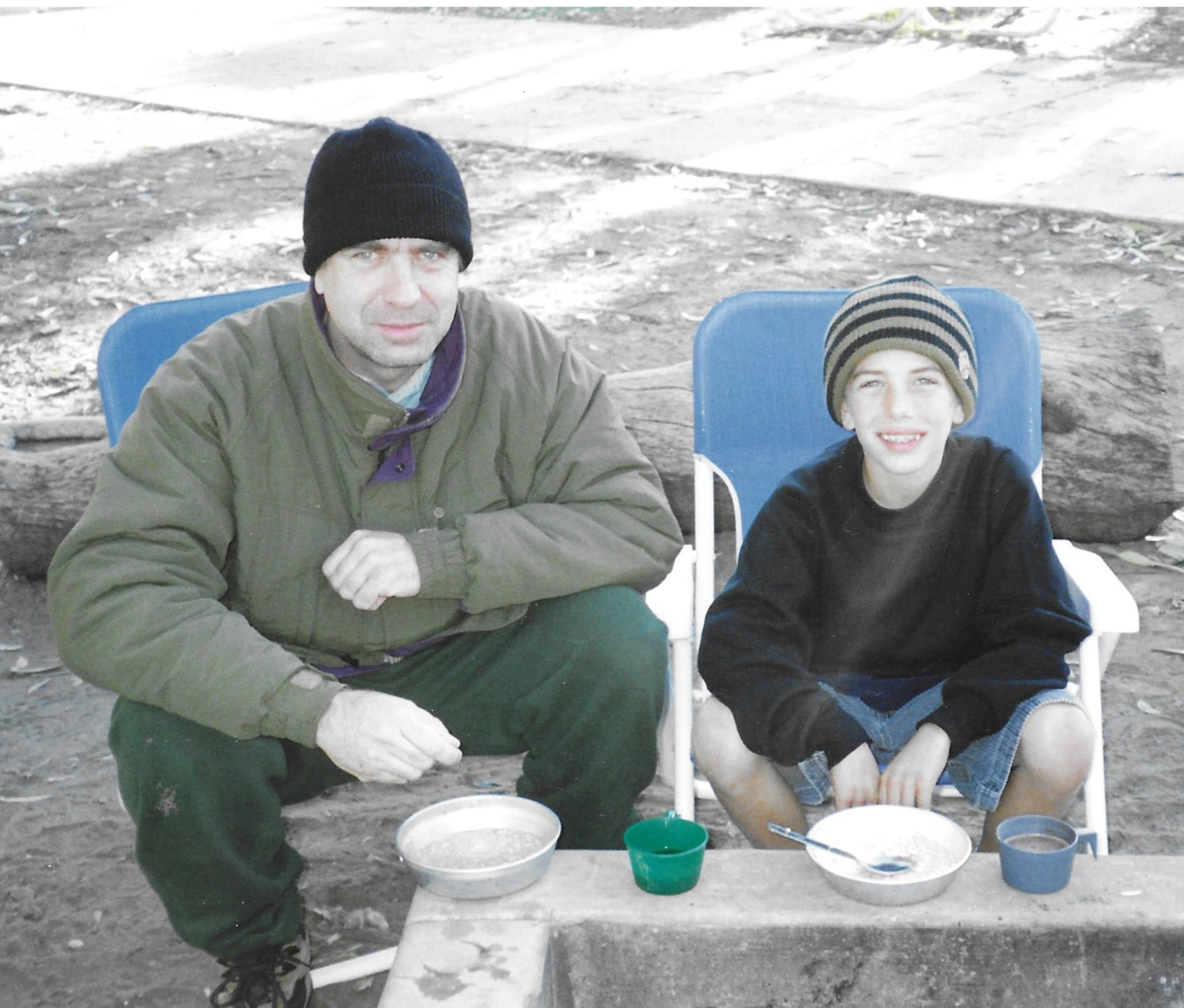 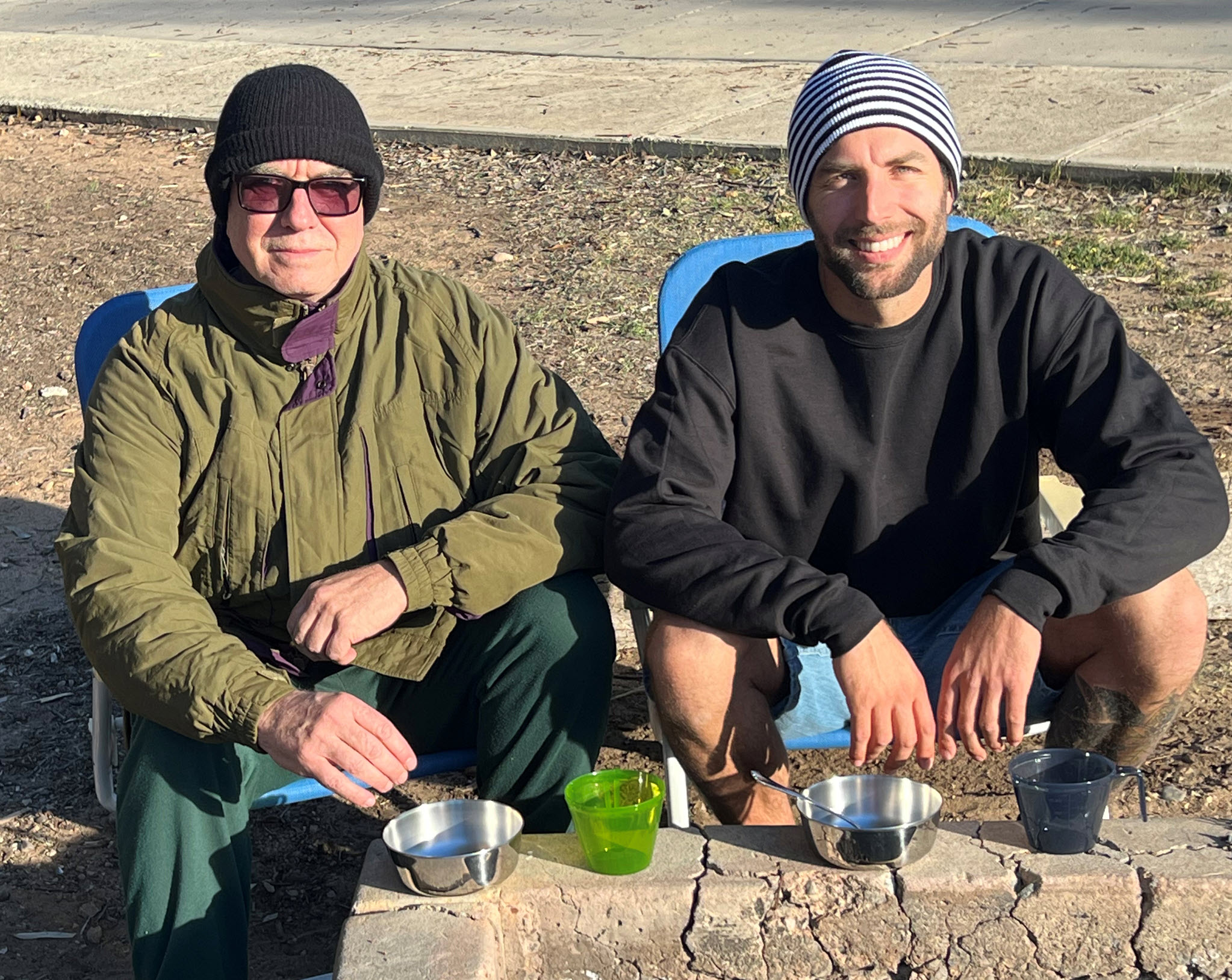 Today we went back to re-enact the photo. I still have the same jacket, and the same chairs we used then. We got permission by the San Diego – Imperial Council of the Boy Scouts, found camp site #1, and sure enough, the fire pit was still there. We tried to match the same pose, even though this one was in late afternoon light, the old one was early in the morning.

Devin is now an experienced outdoorsman and athlete, and works for the California Conservation Corp. And I try to keep up, climbing and hiking as much as I can. It all started with the Boy Scouts.

It meant a lot to me to go back to the same spot, with Devin now three times the size he was then, and sit in the same chairs.

Too bad we didn’t bring any coffee.