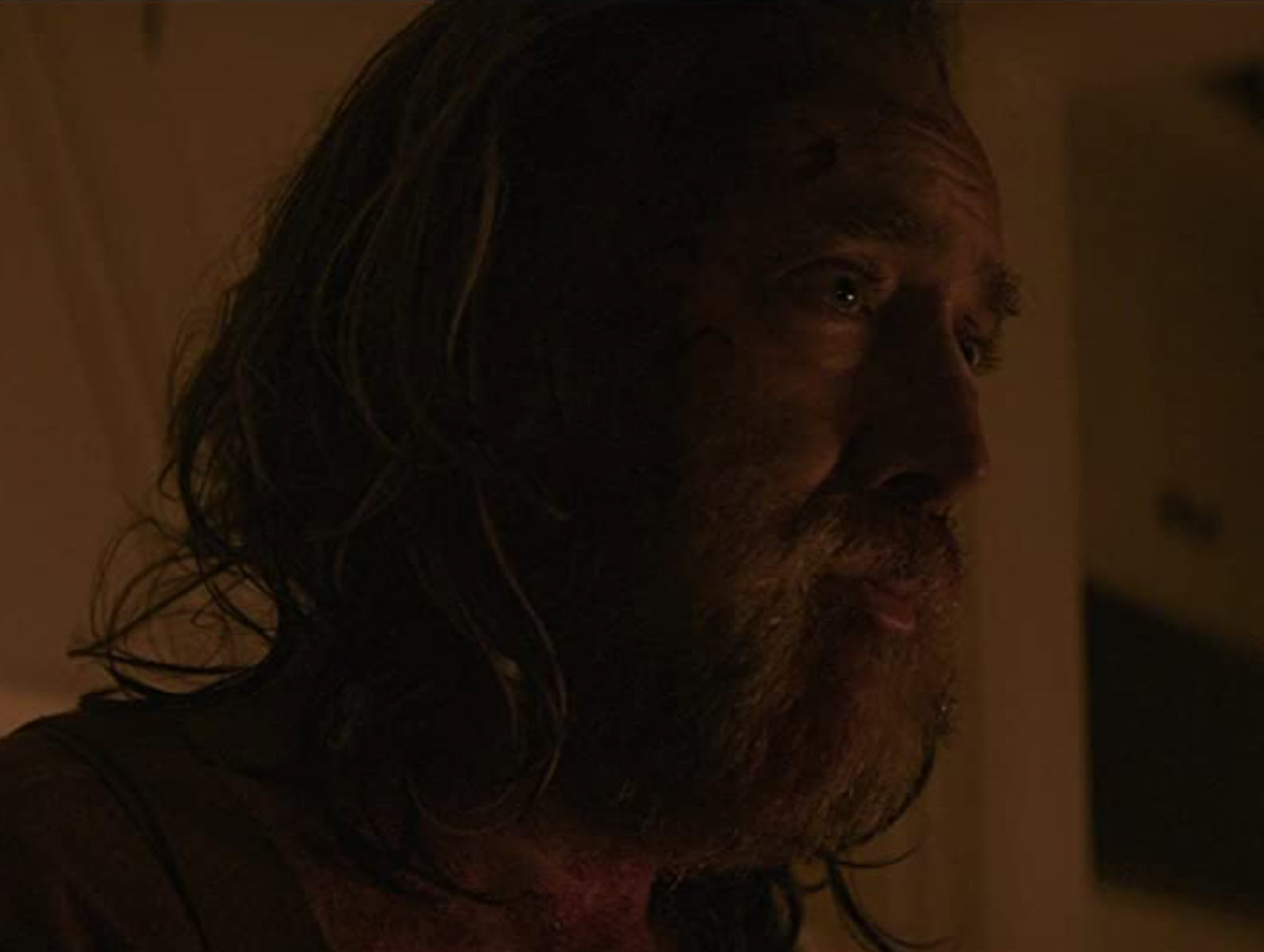 Robin Feld (Nicholas Cage), who goes by Rob, is a truffle forager who lives alone, off the grid, in the wilderness in Oregon. He is a recluse. His only companion is a foraging pig, which helps him find the truffles. He obviously loves the pig, kind of like most people love their dogs. I know that pigs are very smart, but of course that’s something I have no direct evidence for.

In the middle of the night someone attacks him with a gun, shoots him, and steals the pig. Rob survives the attack, but is devastated and he embarks on a journey to find and recover the pig.

To do that, he has to face his former life and his demons. As it turns out, he used to be a renowned chef in Portland. Everyone in the culinary community looked up to chef Feld. But that was 15 years before. It all came crashing down when his wife died prematurely. He abandoned his life and career, and walked away into the woods.

Nicholas Cage is almost unrecognizable in this film. If I hadn’t known it was him from the advertisements for the movie, I would not have recognized him.

Pig is a dark movie and it takes an effort to watch, but the story is intriguing, and the unusual love of the man for the pig comes through strong.

I definitely recommend this. It’s one of the better movies of 2021.